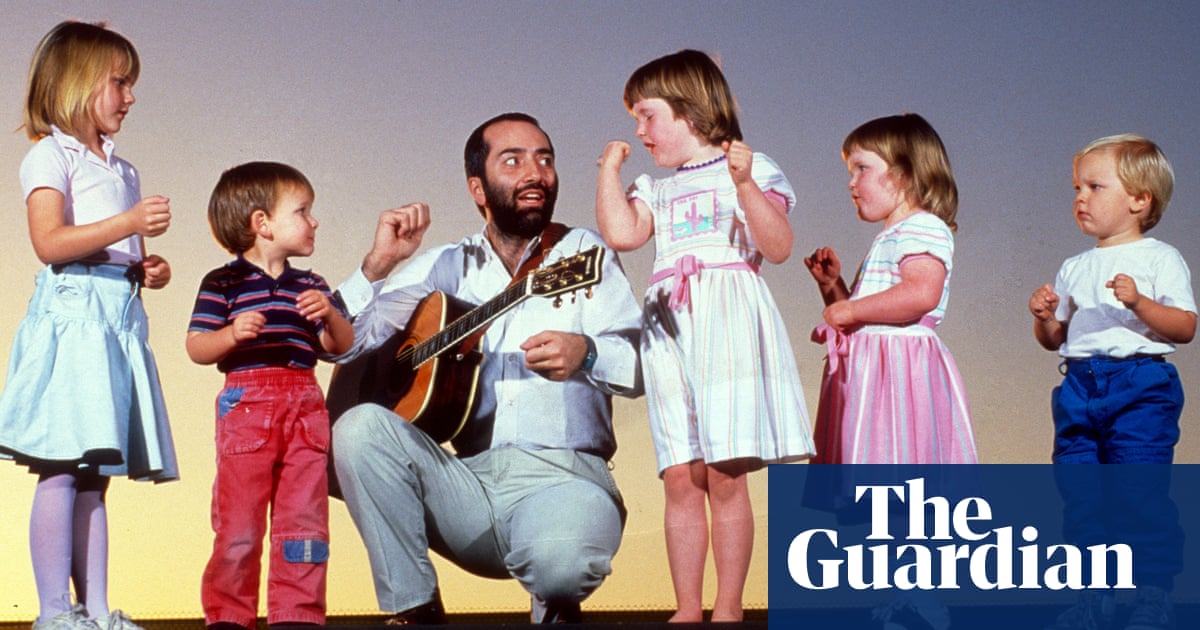 With 13 albums, more than 12m sales in North America and a devoted following, he’s been called the most popular children’s singer in the English-speaking world, a title that has spanned generations. But pivoting from hits such as Bananaphone and Baby Beluga, the Canadian singer Raffi Cavoukian has since followed in the footsteps of his folk music heroes, dedicating much of his later career to advocating on children, social justice and the climate crisis.

“Nobody can guarantee a future, but who has the right to steal our children’s future?” the 75-year-old, who performs as Raffi, said in an interview. “The stakes are very high right now. People ask me if I’m hopeful. But I heard recently that hope is a verb. So I’m active.”

His evolution from children’s troubadour to activist, from penning whimsical lyrics to belting out protest songs for teenagers and adults, is touched by personal challenge, defeat and resilience. It is a growth story, a multi-decade attempt to “become whole” and a man building a musical world of joy while overcoming his own internal strife.

His first album in 1976, Singable Songs for the Very Young, remains his bestselling record. Produced by his friend Daniel Lanois in the basement of the family’s suburban Toronto home, they recorded in a makeshift studio “with egg cartons taped to the ceiling”. Lanois, who played the mandolin on a number of tracks, would go on to produce for U2, Willie Nelson, Bob Dylan, Neil Young and Peter Gabriel – and win six Grammy awards.

The pair created instant classics – Down by the Bay, The More We Get Together – and quickly established Raffi’s credentials as a force in the genre.

“You might think the success of my first album was beginner’s luck,” he said from his home on Saltspring Island, part of a thickly forested archipelago on British Columbia’s west coast. But he had help from three educators, including his then-wife, who understood the way children thought and experienced the world.

“Looking back, I wouldn’t change a thing about the music. I think I lucked out pretty good.”

The child of Armenians fleeing genocide, Raffi was born in Cairo, only to have his life uprooted when the family moved to Canada, eventually settling in Toronto. His parents loomed large in his life. His mother was a master storyteller and his father loved to play music for friends and family.

But they also parented with a fierce intensity and a pursuit of perfection that characterised his childhood and that of his siblings.

In a way, it paid off. His brother Onnig is a renowned portrait photographer, known for images of Queen Elizabeth II, Indira Gandhi and Leonid Brezhnev. His sister Ann formerly served as Ontario’s privacy commissioner and has been an outspoken critic of “surveillance capitalism”.

“Everyone’s childhood is a complex experience,” Raffi said. “I was greatly loved by my parents, but their parenting style left me in bewilderment. If I was so loved, why was I hit? Why was I mocked and humiliated? I didn’t feel seen and loved for who I felt I was.”

Down by the Bay by Raffi

He confronted those feelings through therapy in his late 30s, but also channelled his experiences in the pursuit of better understanding his audience.

“What I learned about childhood development was a window to understanding myself, about how I grew up and the forces that shaped who I became. My career has been quite a vehicle for learning. I’m a lifelong learner, I am curious about so much.”

That learning led him to create his philosophy of “child honouring”, tenets intended to foster childhood development and develop “a compass for conscious living”.

“I’m grateful to my parents for the experience of my childhood. Both the inspirational part of it and the challenges that helped me find my way. And so respectful love is the first principle of my child honouring philosophy. I didn’t feel respected for who I felt I was.”

It can be jarring for listeners to Baby Beluga to learn that the man behind the music, who created worlds of joy, suffered pain and confusion, that his first marriage ended in divorce. For generations of children, Raffi has served both as a bearded, benevolent figure, and an ideal.

The singer is keenly aware of that weight. Despite his commercial success, he has never signed advertising deals. He has never sold merchandise. He resisted piles of money over fears it could poison his relationship with the children who listen to his music on repeat.

“I’ve always felt an obligation and responsibility to my fans from the very beginning. Respect has been the core. Not having my own children, I needed to understand who they were. They’re creative people. They’re fun. Spontaneous. Imaginative. They are humanity’s first learners. And what they learn in the formative early years is nothing less than how it feels to be human.”

But Raffi hasn’t been content to rest with the sprawling musical empire he created. Instead, he’s shifted his focus and energy to the climate crisis. He’s written songs about Big Oil, youth marches and Greta Thunberg. His audience isn’t toddlers or young children. It’s anyone who feels helpless and overcome with looming climate anxiety.

“It’s been called global warming, climate change, climate crisis and then climate emergency. There’s a reason for the urgency.”

While full of passion, the songs haven’t moved the needle commercially.

“The activism from singer-songwriters in the folk music scene has really moved me and given me a sense of their leadership and how they lead with their principles. I’ve taken that to heart. It’s comforting for us to remember who has inspired us in our lives. Who are our heroes? How do we internalise them?”

At the core of his activism is his desire to create a better world. He sees not only a crisis in the environment, but generations of youth left rudderless in a world filled with screens and and the compulsion to participate in social media. In this crisis, he leans on the covenant he’s created, of honouring children.

“It helps to have principles by which to live so that you’re not pushed off by every wind that blows,” he said. “The job of children isn’t to learn how to use screens or technology. It’s to interact with the three dimensional world.

At 75, he’s ready to head back out on the road, touring eight Canadian cities beginning in February.