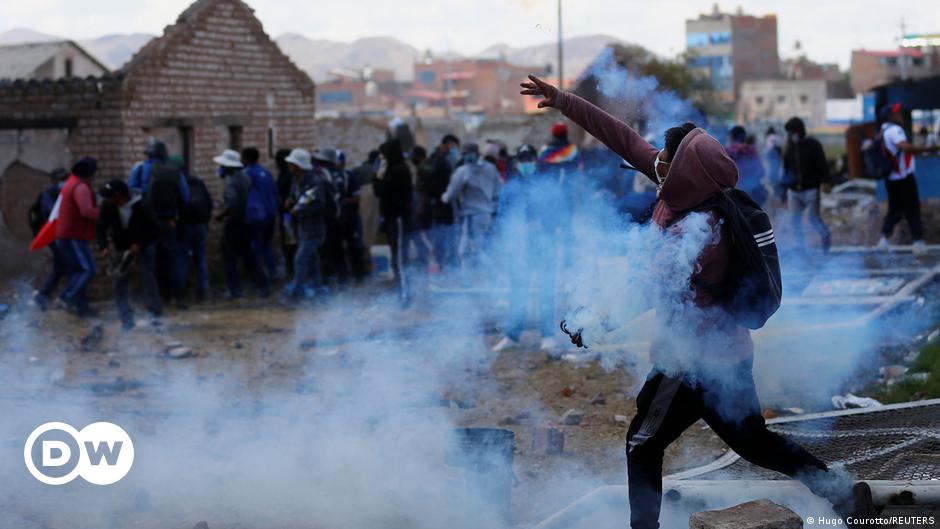 Dozens of people died in violent clashes that have rocked Peru since early December. Prosecutors announced they were launching an investigation following the deadliest day of protests.

The inquiry was initiated after protests in Peru left at least 40 people dead and hundreds injured since early December.

On Monday, 17 people were killed and another 68 people and 75 policemen were injured in clashes that took place in Peru’s Southern Puno region. This marked one of the deadliest days of protests since former President Pedro Castillo was ousted and detained in December.

Peru declares state of emergency over unrest To view this video please enable JavaScript, and consider upgrading to a web browser that supports HTML5 video

A delegation from the Inter-American Commission on Human Rights is set to visit Peru to investigate the violence on Wednesday.

The UN Human Rights Office spokesperson Marta Hurtado has called on authorities to “carry out prompt, impartial and effective investigations into the deaths and injuries, holding those responsible to account and ensuring victims receive access to justice and redress.”

The army claimed that protestors used weapons and homemade explosives.

The leaders of the Catholic Church, which is dominant in Peru, referred to the violence as “a situation of war,” and said the country was in the “hands of barbarism.”

Violence on Monday began when nearly 9,000 protesters attempted to enter the airport in Juliaca city of Puno province, where they clashed with law enforcement officials.

The Puno region, which borders Bolivia, is home to many Aymara Indigenous people. The region has become the epicenter of the protests led by Castillo supporters.

The anti-government protests began in Peru in early December following the removal and arrest of Castillo shortly after his attempt to dissolve Congress.

He is serving 18 months in pre-trial detention on charges of rebellion, which he denies.

Peru’s ousted president to remain in custody To view this video please enable JavaScript, and consider upgrading to a web browser that supports HTML5 video

The violence continued on Tuesday, with a police officer dying after his car was torched. The ombudsman’s office called it an act of “extreme violence” and claimed that the officer was tortured before death.

Apart from early elections and the release of Castillo, the protestors are calling for the resignation of President Boluarte, as well as the closure of Congress and changes to the constitution.