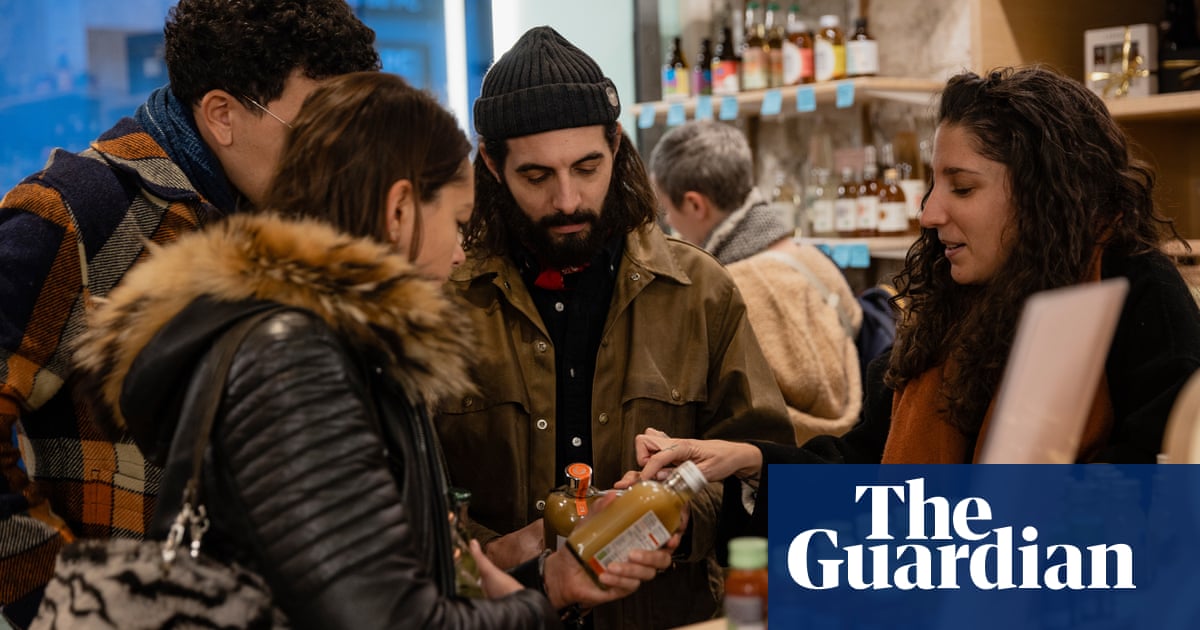 When Nicole, a retired executive assistant, began preparing her new year get-togethers with family and friends, her first purchase was an artisan bottle of French alcohol-free gin.

“There’s something in the air right now,” the 71-year-old said. “Young people in their 20s and 30s drink so much less booze than we did. My generation was rock’n’roll, we drank a lot, smoked a lot. Times have changed. Young people are finding alternatives – and it’s benefiting us oldies too as we try to step back from bad habits.”

France is one of the fastest-growing markets in the global boom in alcohol-free drinks. The rush of startups creating alcohol-free spirits, wines, cocktails and beers marks a departure in a country with a vast alcohol industry and a president, Emmanuel Macron, who is so supportive of wine that he was voted person of the year by the nation’s wine review, and hailed for saying: “I drink wine every day, at lunchtime and in the evening.” A growing number of major vineyards are producing alcohol-free options alongside their standard production and young French developers are inventing new forms of alcohol-free rum and gin, while big companies such as Pernod Ricard are investing in the sector.

At Le Paon qui Boit in northern Paris, France’s first specialist wine cellar for 100% alcohol-free drinks, which opened this year, trade was brisk in the run-up to New Year. A young clientele, many in their 20s and 30s, were browsing the 400 different types of drinks, including up to 50 alcohol-free sparkling wines that could be served as an alternative to champagne.

Augustin Laborde set up the shop after a career in international human rights. He quit alcohol during the Covid lockdowns but said the French alcohol-free market was about more than people wanting to stay sober. “It’s about a new kind of flexibility of thinking,” he said. “Around 80% of our customers still drink alcohol, but they’re interested in alternating with alcohol-free. At the start, people thought our customers would be mainly Muslims or pregnant women, and although those customers do come in and are welcomed, they only account for 20%.”

Browsing the shop, Anna, 29, a digital project manager, said: “I often have a month off alcohol, just for a break. It used to be considered a really odd thing to do, but that’s starting to change. Drinking water all night was never fun. The new drinks are innovative, and it’s nice not to be infantilised by only having the option of drinking Coke.”

Felix Bogniard, a sommelier who ran a restaurant in central Paris, had already created a tasting menu with homemade, non-alcoholic drinks paired to dishes, included fermented drinks and rare types of juices. “It’s progress to be able to offer the joy of a specific drink paired to a dish, even for people who don’t drink alcohol,” he said. “We’re at a really important moment, there’s a trend starting. People are interested in alcohol-free drinks, even if they do drink alcohol.”

Susie Goldspink of IWSR Drinks Market Analysis said France was one of the fastest-growing no-alcohol markets and stood out for its high level of new consumers, particularly younger people. “Last year 14% of consumers said they were abstainers, whereas this year it was up to 20%. Abstainers in France are more likely than in other markets to be from the youngest age group, generation Z,” she said.

She said alcohol-free innovation came amid an established culture of wine drinking. “This new generation of moderators still want to feel like they’re having an adult drink that fits with the occasion but don’t necessarily want the alcohol with it.”

Calixte Payan, one of France’s new young producers, was the first to make alcohol-free spirits using real French gin and rum. Experts in Grasse, the French perfume capital, extract the alcohol and then his team at a historic distillery near Lyon rework the drinks with a number of complex distilling techniques. A drink from Payan’s brand, Sober Spirits, was voted the best alcohol-free rum in the world in London last year, and in San Francisco this year. “We’re at an early stage in France, but the opportunities are huge because there is a lot of demand for these drinks. Before, people didn’t want to openly say they didn’t drink, now they’re going into shops to ask for alcohol-free products … France is recognised worldwide for its alcohol – fine wines and champagnes – and it could also become recognised for its alcohol-free drinks. There is still work to be done, but people like us are trying to give consumers the best experience possible.”

Karima Lounis handles sales for the French no-alcohol brand JNPR, made in Normandy from juniper berries, and runs tastings across France. She said France’s no-alcohol drive was also a no-sugar drive. “People don’t want sugar in their drinks, and they’re surprised to learn we can create these drinks without sugar,” she said. “I’ve been surprised at end of year tastings by how many young people, between 19 and 30, want to stop drinking alcohol.”