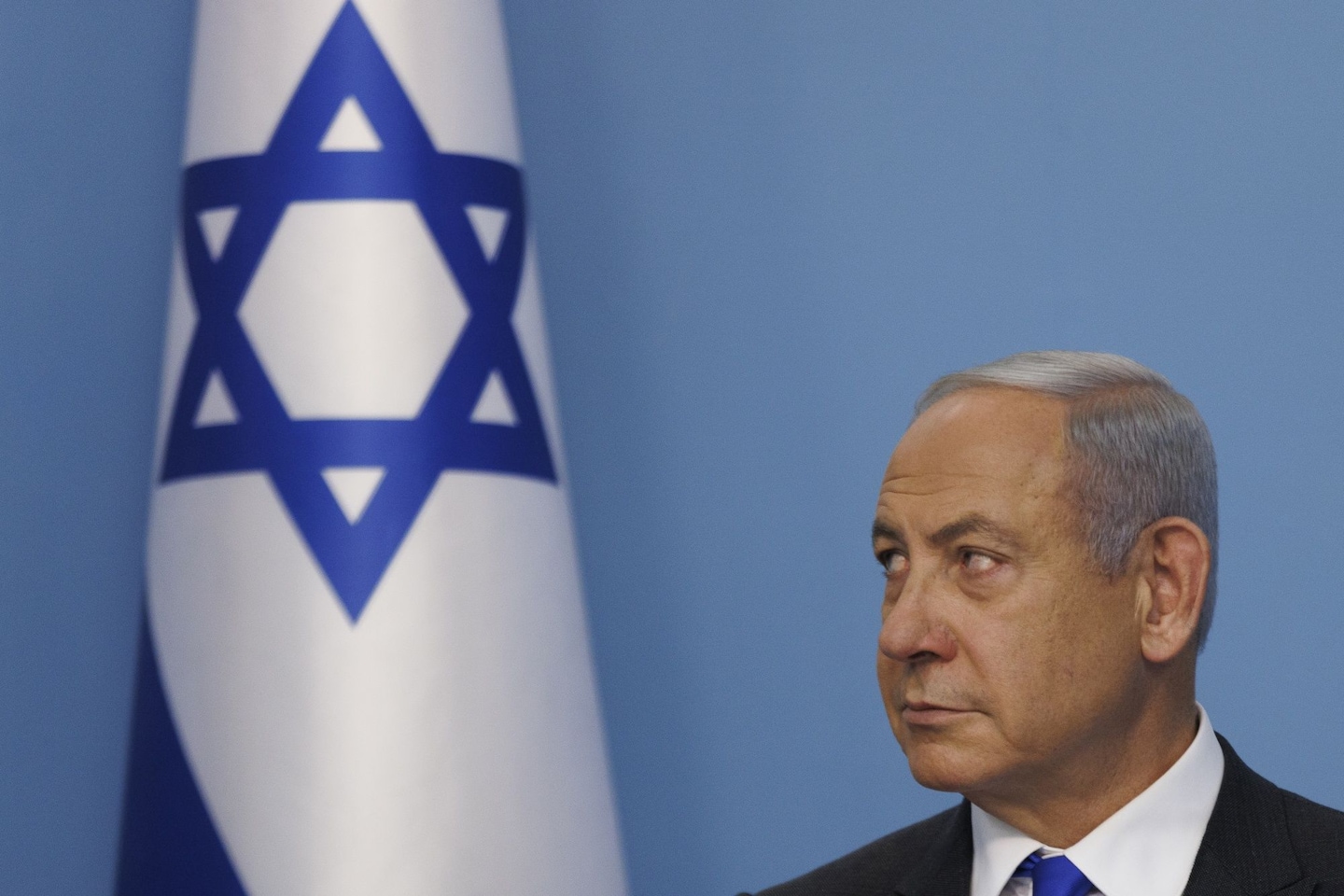 What to Know About Netanyahu’s Far-Right Government in Israel: QuickTake

Benjamin Netanyahu was sworn in Dec. 29 for a sixth time as Israel’s prime minister, in a right-wing coalition in which his Likud Party is the most moderate member. Once-fringe, far-right politicians are now a key part of the government. Though Netanyahu has pledged to rein in extremism, there are risks that the new government’s actions will deepen tensions with Palestinians, erode Israel’s democracy, and strain relations with the country’s neighbors and allies, including the US.

1. Who are the most controversial players in the government?

• Itamar Ben Gvir. Named national security minister, Ben Gvir is the leader of the nationalist Jewish Power party. As a teenager, he led the youth wing of the Kach party, which campaigned for the expulsion of Arabs from Israel and the occupied Palestinian territories. Kach was later banned from politics and designated a terrorist organization by Israel and the US. Ben Gvir was spared from a prohibition from political office because his participation in the party occurred when he was underage, but he says his involvement did result in his being barred from military service. He went on to train as a lawyer, and in 2021 he was elected to the Knesset, representing Jewish Power. In his 2022 campaign, he advocated the deportation of citizens who are “disloyal” to the state.

• Bezalel Smotrich. The new finance minister is the leader of the Religious Zionism party representing Orthodox Jews. He’s a lawyer and a vociferous supporter of Jewish settlement in the West Bank, territory conquered by Israel in 1967 that the Palestinians hope to make part of a future independent state. Smotrich also has a junior position in the Defense Ministry that gives him some control over the settlements. He has defined himself as a homophobe, and in 2006 he helped organize a protest against the gay pride parade in Jerusalem.

• Aryeh Deri. Named to lead both the interior and health ministries, Deri is the veteran leader of Shas, a party representing ultra-Orthodox Jews particularly of Middle Eastern descent. The appointment of Deri, who’s served in previous governments, was controversial less because of his politics than his criminal record. The new government amended Israel’s Basic Laws so that his 2022 conviction for tax fraud no longer disqualified him from becoming a minister. The Movement for Quality Government has gone to court to challenge his appointment. Deri also served 22 months in prison starting in 2000 for taking bribes.

2. What are the flashpoints with the Palestinians?

• Police policy. Ben Gvir’s appointment came with expanded authority under a new law to direct general policy over police. That includes the quasi-military border police who patrol the occupied territories alongside soldiers. Since taking office, he has ordered police to remove Palestinian flags from public spaces and has said police must arrest protesters who block roads.

• Settlements. Ben Gvir and Smotrich, both settlers themselves, support the expansion of settlements, which are a source of strife between Israelis and Palestinians. More than that, the two advocate annexing existing settlements to Israel. That ambition is included in the government coalition agreement though without a definite timeline. Annexing Israeli settlements, which Netanyahu proposed in 2020, would make any future Palestinian state a disjointed patchwork of enclaves, challenging its viability by impeding the development of infrastructure and the movement of people and goods. The US, Israel’s most important ally, has strongly condemned annexation as an impediment to resolving the Israeli-Palestinian conflict.

• Jerusalem. Under long-standing arrangements between Israel and neighboring Jordan, the latter maintains control over the site in Jerusalem revered by Jews as the Temple Mount and by Muslims as the Noble Sanctuary. Once the seat of the biblical temple, today it houses the Al-Aqsa mosque. The rules permit Jews to visit but not pray there, and violations have led to clashes between Israelis and Palestinians. After being named a minister, Ben Gvir made a high-profile visit to the site. A similar visit in 2000 by Ariel Sharon, then an Israeli opposition leader, helped sparked a four-year uprising among Palestinians.

• Revenue. The Israeli government has withheld tens of millions of dollars in tax revenue from the Palestinian Authority, the body responsible for limited Palestinian self-rule; frozen construction by Palestinians in part of the West Bank; and canceled VIP travel permits for a number of Palestinian officials. This was in retaliation for the authority seeking a judicial review of Israel’s occupation by the United Nations.

3. What’s the threat to Israel’s democracy?

Business leaders, retired military officers, educators, opposition politicians and jurists have signed letters and taken part in street demonstrations expressing fear that the government imperils democracy. A bill proposed by Justice Minister Yariv Levin, a member of Netanyahu’s Likud party, aims to weaken the independence of Israel’s High Court, which in recent decades has played an active role protecting civil rights, including those of Palestinians, and the rights of minorities in Israel, including the LGBTQ community. The bill would allow the Knesset to override decisions of the court with a simple majority vote. And it would make members of the Knesset from the government coalition a majority on the committee that appoints the court’s judges. Other changes planned in the legal system could eventually lead to the dropping of bribery charges against Netanyahu.

4. How has the outside world reacted?

US President Joe Biden called Netanyahu “my friend for decades” when the government was sworn in. He noted common interests, including combating the threat of Iran, but also said the US would continue supporting the creation of a Palestinian state alongside the Israeli one to resolve the conflict between the two peoples. US Secretary of State Antony Blinken had said in December that a new government would be judged not by its personalities but its policies, and cautioned against moves to further marginalize Palestinians or diminish their “horizon for hope.” Jordan’s King Abdullah II warned that he’s prepared “to get into a conflict” if Israel changes the status of the religious sites in Jerusalem that are under his country’s control. When four Arab states — the United Arab Emirates, Bahrain, Morocco and Sudan — began normalizing ties with Israel in 2020, it was clear that their relations with Israel were no longer strictly bound to the Palestinian cause. Still, tensions on that front are likely to color those ties. After Ben Gvir’s Temple Mount gambit, the UAE postponed a planned visit by Netanyahu, citing “technical reasons.”

–With assistance from Daniel Avis and Marissa Newman.