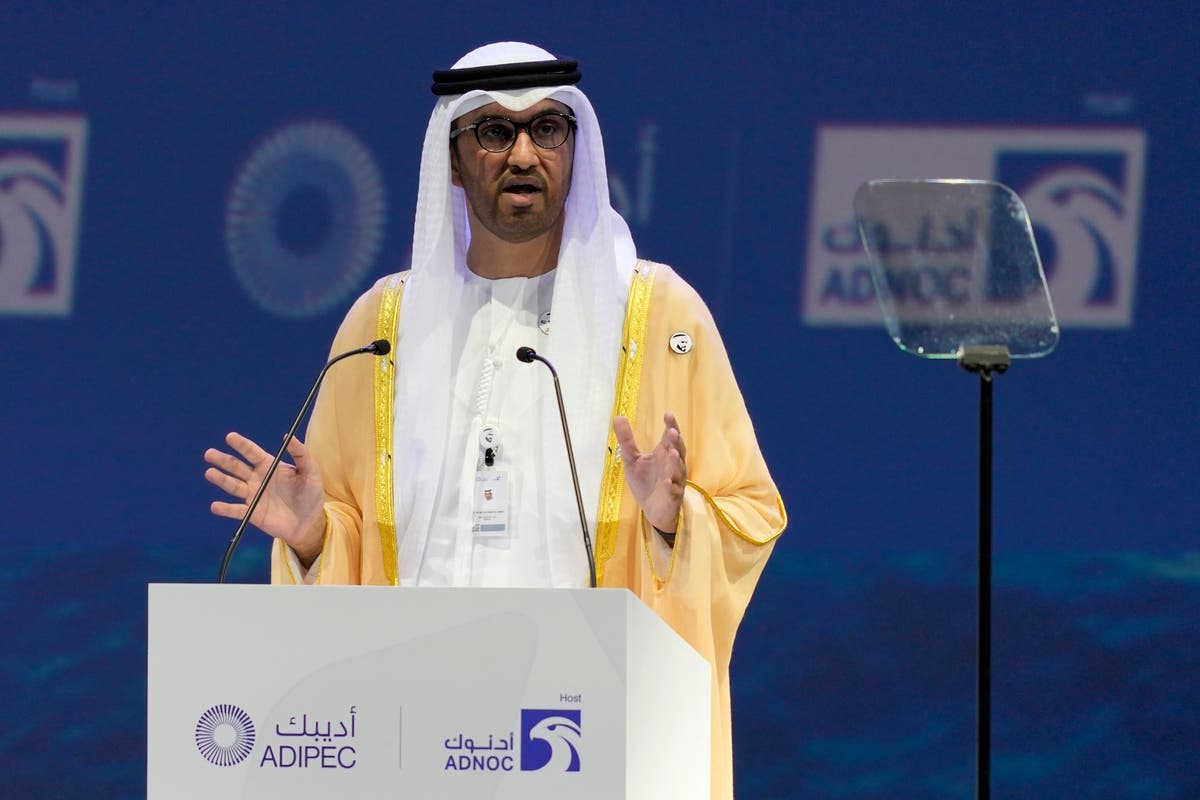 The UN has sent a set of questions to the Cop28 presidency – currently held by the United Arab Emirates – over its links with oil giant Abu Dhabi National Oil Company (NOC), according to a report.

The UAE, which is hosting the climate summit in November this year, is already under fire after the appointment of Sultan Ahmed Al Jaber, NOC’s chief executive, as its president.

Further links between the oil company and the Cop28 presidency have emerged, prompting the UN to intervene.

According to a report by the US-based news website Politico, the presidency is currently conducting its work from two floors of an 11-storey building located next to the NOC office.

The building is primarily used by the UAE’s ministry of industry and advanced technology, a portfolio Mr Jaber also holds.

The UN Framework Convention on Climate Change (UNFCCC) has sent a series of questions to the Cop28 presidency, enquiring about the independence of the office and the protection of strategic documents, Politico reported, quoting a person familiar with the matter.

Concerns raised by the UNFCCC include whether the IT system being used by the presidency is separate and if the employees are being paid by the oil company.

The list of questions also includes whether a part of the work will be devoted to protecting NOC’s interests, a concern climate activists have been raising since Mr Jaber’s appointment.

The Cop28 presidency said the current office space is a temporary facility and stressed that the funding for the staff has come entirely from the UAE’s government.

“The Cop28 team is still being established and staff are housed in several different locations. Their dedicated office space is due to be available before the end of the month,” a statement quoted by Politico said.

“In the meantime, there are clear governance guidelines in place to ensure the team can operate entirely independently from any other entity. The funding for the team and its activities have been entirely provided by the UAE government.”

Green groups have called the appointment of the CEO of NOC, which produces more than three million barrels of crude oil a day, a conflict of interest and have urged the UN to intervene.

However, Mr Jaber has also received support, including from US climate envoy John Kerry, due to his role in pushing for renewable energy in the country.

As founding CEO of Abu Dhabi’s renewable energy firm Masdar, in which NOC has a 24 per cent stake, Mr Jaber has overseen its mandate to adopt renewables in the UAE.