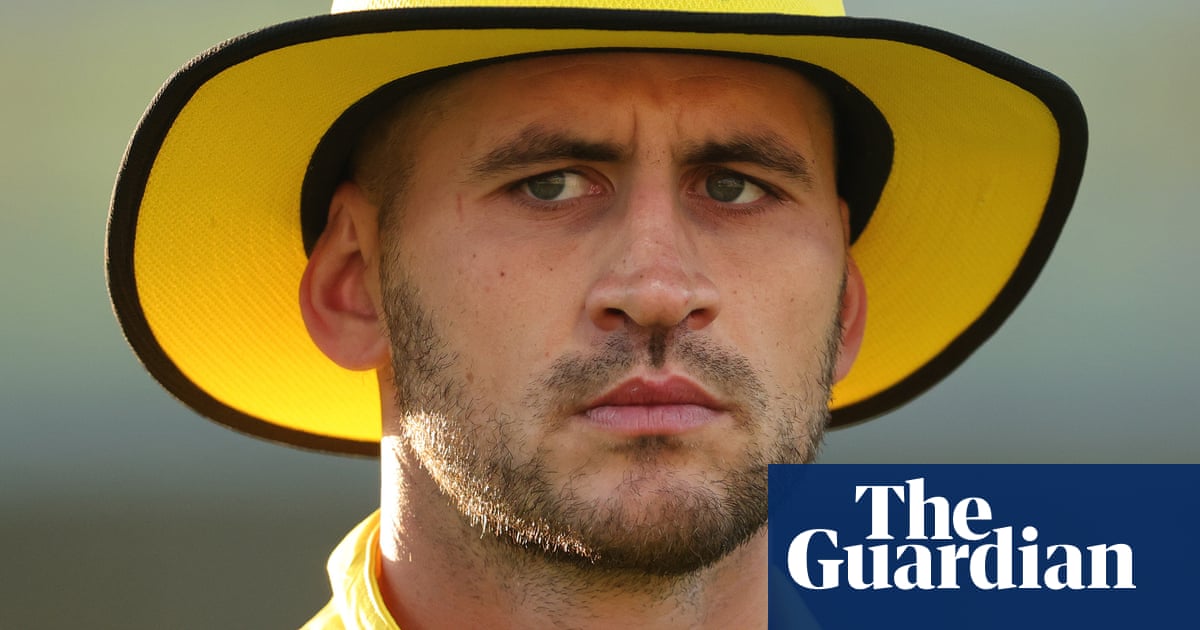 Show caption Alex Hales, a player who Rob Key said had ‘served his time’, is back in England T20 World Cup plans. Photograph: David Rogers/Getty Images England cricket team Pragmatism prevails as Alex Hales gets his second England chance at last England and Hales have moved on since his 2019 exclusion and the explosive opener is an obvious World T20 choice Ali Martin @Cricket_Ali Wed 7 Sep 2022 15.00 BST Share on Facebook

On one level England’s decision to add Alex Hales to their T20 World Cup party was simple. Jason Roy suffered a collapse in form, Jonny Bairstow somehow suffered a broken leg playing golf and in Hales they had a proven match-winner ready to go.

There was a strong case to say the Nottinghamshire opener should have been included before Bairstow’s unfortunate slip on the third tee at Pannal, such has been his proficiency in the shortest formats – those long levers and that impressive strike rate – plus a particular liking for Australian pitches during his spells in the Big Bash League.

But things have not been so straightforward over the past three years, of course, not since the Guardian revealed in April 2019 that Hales was serving a clandestine 21-day ban for failing a second recreational drugs test; the 50-over World Cup – a project England had spent four years building towards – was only a few weeks away.

The story was driven by public interest, not least given the public themselves had been misled when his early-season absence was explained by his county as a case of being “unavailable for selection for personal reasons” and not, as it transpired, the result of an England and Wales Cricket Board/Professional Cricketers’ Association screening system that was well intentioned but ill-conceived.

This much was admitted when the regulations were quietly changed the following year. Now the system – one that treats recreational drugs as a wellbeing issue initially – sees a ban and full public disclosure triggered only come the third strike, not the previous halfway house on two that left only a select few in the know: Tom Harrison, then ECB chief executive, his PCA equivalent, David Leatherdale, Ashley Giles, director of England cricket, and his county.

As such, with the ECB hamstrung by its own rules, the publication of the story was the first time that Eoin Morgan, Trevor Bayliss and Ed Smith – captain, head coach and selector respectively – knew about it. Taken in isolation, this transgression may have been met more sympathetically had Hales not already been on thin ice for his conduct, including his involvement in the Bristol street fight in 2017.

Equally Hales might possibly have saved himself when the squad met for a pre-World Cup training camp in Cardiff the weekend after the story broke. Instead it was said he failed to take the opportunity for a mea culpa among the group, with Morgan then leading his removal from the squad after consulting his senior players and management.

It was a heavy price to pay for a player who had helped propel England to No 1 in the world rankings, been the architect of two world-record one-day international totals and embodied much of their aggressive approach with the bat. As Hales put it last year, the experience of watching his former team-mates claim glory at Lord’s that summer was “devastating”.

Morgan held firm thereafter, however, consistently citing a “breakdown in trust” for the continued exclusion. So high was the captain’s stock that no one questioned it within the setup and though Smith hinted Hales may make a tentative return to England training last summer – a line Morgan was aware of before he said it – the national selector was soon out of a job and the idea fizzled out.

Much has changed since, not least at the top. Morgan has moved into commentary and the arrival of Rob Key as director of cricket has brought in a dose of common sense. Key has been consistent in his messaging on and off the record here, insistent that Hales had “served his time” and would be considered for selection.

Not that this recall for the tour of Pakistan and England’s attempt to unite the 50-over and Twenty20 titles has not required further discussions between relevant parties. But Jos Buttler has always had a soft spot for Hales and, chiefly, is a captain desperate to win after his tenure slightly stumbled out of the blocks this summer.

Teammates are with their captain here – they may have sought to protect their 2019 World Cup chances back in the day but were never signing up to a permanent ban – and if there is any residual friction it most likely exists between Stokes and Hales and relates to Bristol, both the night in question and fallout thereafter.

Stokes played an acutely straight bat when asked about this on Wednesday, talking up Hales as one of the best players in the world and stating their shared aim of winning the World Cup. Have they spoken recently? “We’ve both got the same goal to win World Cups,” he repeated, dead-eyed.

They may not be dinner companions on tour but, like the setup as a whole, pragmatism has prevailed. Hales, by his own admission, made grave errors of judgment in the past but those close to him speak of an individual, now 33, who has (albeit belatedly) mellowed off the field while continuing the destruction on it.

Keep up both aspects in the coming months and the loss of Bairstow, though gut-wrenching, need not have put England’s World Cup chances out of bounds.