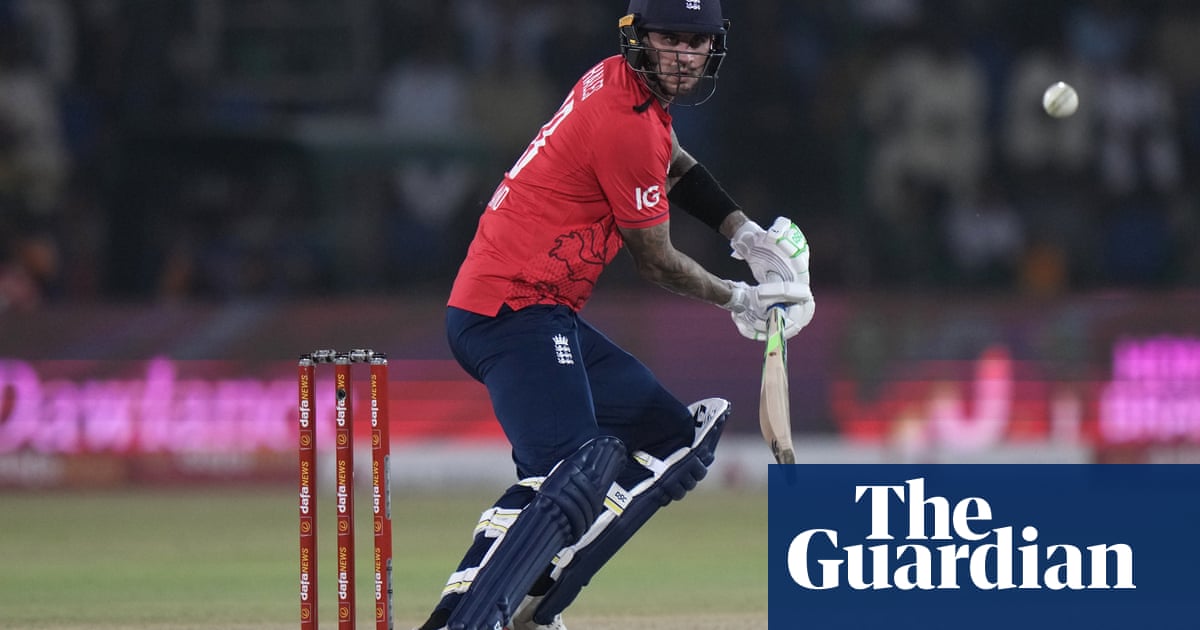 Twenty20 games come, and Twenty20 games go. There have been 757 of them in international cricket in the past 12 months alone, everywhere from Austria to Zimbabwe, and you will find that even the men and women who played in them cannot recall too many of the details of most.

The 758th game, though, was something else. England won it by six wickets, thanks in the large part to Alex Hales who made a scratchy 53 on his comeback to the team after three years in exile. But it wasn’t the match, it was the moment. The game was the result of years of diplomacy, months of preparation, and came at the end of weeks of anticipation.

The Pakistan Cricket Board has spent $5m (£4.4m) on the security for this series, which means it will make them a loss. They’ve employed more than 5,000 soldiers to guard the two teams while they are here in Karachi, there is a helicopter escort (they had to remove the Spidercam in case it needed to land on the pitch in an emergency), a Swat unit on the stadium roof, and dozens of three-man sniper teams on the surrounding apartment blocks.

They had gone to extraordinary lengths to try to make this feel something like just another game of cricket, with the inevitable result that it ended up anything but.

The match was also a fundraiser for the Flood Relief Fund, with all the gate money being given to help the 33 million people who have been affected by the monsoons in the south and south-west of the country. Pakistan wore specially designed shirts for the occasion, with the players’ names partially submerged under water, and every six the teams hit totted up another $1,000 donation from the sponsors.

As if all this was not enough, there was also a minute’s silence at the start to mark the death of the Queen. The sports stories, Hales’s return to the team, the debuts for Luke Wood and Shan Masood, felt like incidental details.

With all that, the match inevitably ended up falling a little flat, as if crushed by the weight of its own significance.

Hales, of course, did not see it that way. “It felt like a debut again,” he said. “Those three years felt like for ever. Guys have said in the past that the reason I was out of the team was never down to cricket, but there was still plenty of nerves.”

Even he had a sense of the bigger picture. He knows, and loves, this city well from his time playing in the Pakistan Super League. “This is a country where I’ve got a lot of very special memories. I’ve played in front of full houses here and it’s something different. It’s one of the best atmospheres in world cricket. Karachi put on a show tonight.”

Pakistan were put in and for a while it felt as though their two openers, Babar Azam and Mohammad Rizwan, were going to put on a show, too. They made 85 runs together, in a stand that lasted most of the first half of the innings, and which featured an array of glorious fours, before Adil Rashid bowled Azam with a googly. Rizwan pressed on, and was particularly severe on David Willey, whose wayward second over went for 17.

The innings faltered badly when Pakistan lost three wickets in 11 balls, Haider Ali caught in the deep, Rizwan stumped for 68, and Masood caught off a reverse-sweep. So 104 for one off 12 overs became 125 for four off 16, and it needed three late sixes from Iftikhar Ahmed to revive the innings.

Wood, the quickest and best of England’s three left-arm seamers, finished up with three cheap wickets after having Iftikhar and Naseem Shah caught in the deep in the final over. He bowled so well that you wondered whether England regretted leaving him out of their squad for the upcoming World T20.

Pakistan’s total of 158 never felt like being enough. The game might have been closer if Masood had held on to a catch in the deep off Usman Qadir when Hales was on 28, especially given that Qadir dismissed Ben Duckett lbw later in the same over. But by the time Hales was finally out, for 53, England needed just 17 to win off 21 balls. Harry Brook, by far the most fluent of England’s batsmen, finished it off in partnership with Moeen Ali, who did not have to do much other than admire how well Brook was playing. By then, the crowd had already begun to drift away into the night.

They had provided the abiding image of the night, a year to the day after the England and Wales Cricket Board announced it was pulling the team from the short tour they were supposed to make here in 2021. There was a large homemade banner in the stands that said simply: “Thank you England.”