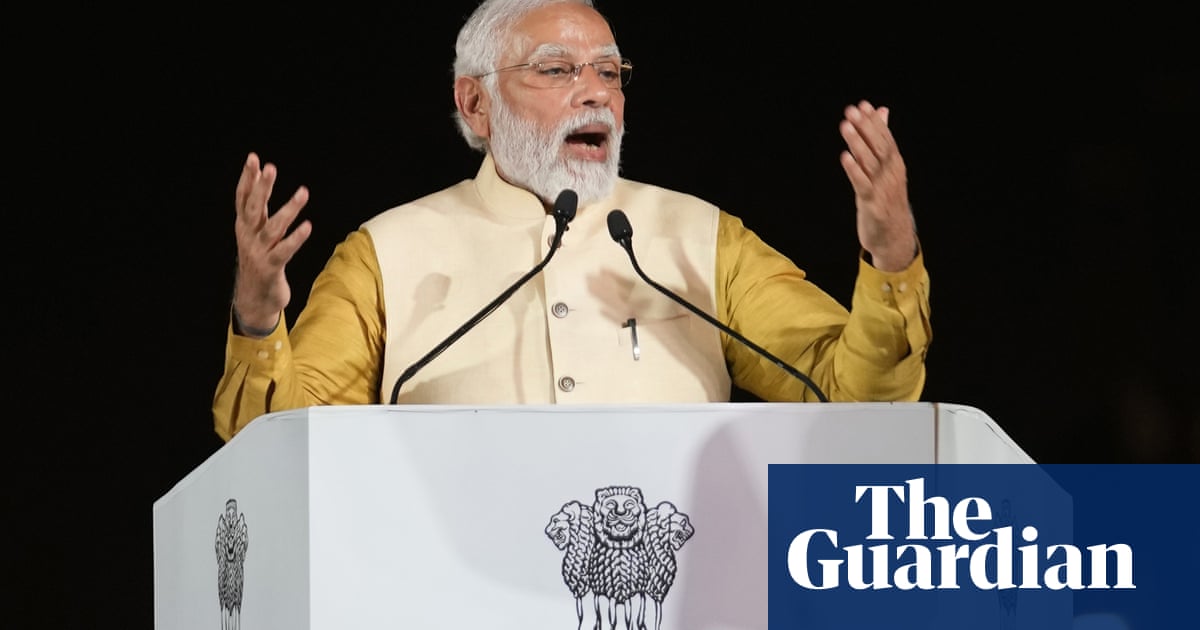 What is Hindu nationalism and how does it relate to trouble in Leicester?

Show caption Narendra Modi’s BJP are widely seen as the political wing of rightwing Hindu nationalism. Photograph: Manish Swarup/AP Hinduism What is Hindu nationalism and how does it relate to trouble in Leicester? Hindutva is the predominant form in India and has been associated with rightwing extremism Hannah Ellis-Petersen South Asia correspondent Tue 20 Sep 2022 16.57 BST Share on Facebook

Hindu nationalism is a political ideology that dates back to the 19th century. It encompassed a broad range of groups but at its core is a belief that Indian national identity and culture are inseparable from the Hindu religion.

It began to gain prominence in the early 20th century as part of the independence movement in India, which sought to separate itself from the identity of British colonial rule and the Islamic Mughal dynasty, which had previously governed India from the 16th century.

Hindutva – a term coined in the 1920s in the writings of Vinayak Damodar Savarkar meaning “Hindu-ness” – is the predominant form of Hindu nationalism in India. Hindutva is the belief in the hegemony of Hinduism in India and the establishment of the country as a Hindu, rather than secular, state. Hindus are viewed more as an ethnic, rather than religious, group.

The Hindutva ideology has been associated with rightwing extremism and fascism due to the purist racial elements of the movement and its association with intolerance of minorities, in particular anti-Muslim sentiment and violence in India, which is 80% Hindu and 14% Muslim.

Who are the RSS?

It was formed to provide unity and discipline to the Hindu community in order to build the Hindu Rastra (the Hindu state). It continues to work today to spread the ideology of Hindutva, with upwards of five million members.

The RSS is the leader of the “Sangh Parivar’’, an umbrella group of Hindu nationalist organisations who have set up schools, charities and clubs but which have also been associated with communal violence. The RSS has been banned three times since it was established, including after Mahatma Gandhi was assassinated by a former RSS member in 1948.

It was out of the RSS that India’s ruling political party, the Bharatiya Janata Party (BJP), emerged and they remain closely linked.

Who is the BJP and what is its association with Hindu nationalism?

Hindu nationalism has been part of Indian politics for decades and, at various points, has been deployed as a populist political tool by both of India’s major political parties, Congress and the BJP, as a way to win the vote of the country’s Hindu majority.

However, since the BJP came to power in 2014, led by the prime minister, Narendra Modi, Hindu nationalism has come to entirely dominate the Indian political landscape. The BJP is widely seen as the political wing of the RSS – Modi was an RSS youth member – and rightwing Hindu nationalism is at the centre of their political agenda. The BJP openly prescribes to Hindutva but has downplayed its associations with violence, instead proclaiming it is a cultural agenda that promotes India’s heritage and history.

India’s constitution, drawn up in 1950 after independence, enshrines India as a secular democracy. However, the BJP has been accused of passing policies and pursuing a religiously divisive agenda, which seeks to make India a Hindu state and has led to a rising tide of intolerance and communal violence in India and the targeting of Muslim activists, journalists and civil society.

The mainstreaming of Hindutva politics has led to a widespread yet unfounded narrative that Hindus in India are under threat from Muslims, be it through population shifts, interfaith marriage (known as “love jihad”) and illegal Muslim immigrants. It has led to new laws being passed under the BJP around citizenship and marriage which have been described as discriminatory to minorities.

How has Hindutva spread outside India?

Since Modi and the BJP came to power in 2014, there have been highly successful efforts to mobilise the vast Indian diaspora in support of the BJP, particularly in the UK, US and Australia, primarily through the use of social media.

While overseas Indians cannot vote, they are known to retain strong connections to their communities still in India and often wield a lot of wealth and influence. In 2019, when Modi visited the US, a “howdy Modi” event was organised by his supporters in Texas, which was attended by then-US president, Donald Trump, and 50,000 supporters.

The rise in global support for the BJP has also coincided with a rise in prominence of Hindutva groups and charities in the US. Some of these groups have been accused of trying to undermine academic freedom on university campuses by targeting academics whose work has focused on India’s Islamic history. In September 2021, organisers of an academic conference on Hindutva held in the US were bombarded with thousands of threats of rape, violence and death, allegedly by such groups.

In August, the Indian Business Association (IBA) came under fire for bringing bulldozers, adorned with the faces of Modi and the hardline Hindutva BJP minister Yogi Adityanath, to two India Day parades in the state of New Jersey. Bulldozers have become a symbol of anti-Muslim oppression in India after they were used repeatedly to demolish the homes of Muslim activists and citizens under the guise of the structures being illegal. Hindutva hardliners have celebrated Adiyanath as “bulldozer baba” for the demolitions.

The Hindu nationalist ideology has also recently begun to rear its head in the UK. In November 2019, British Hindus were targeted with WhatsApp messages, which included videos by far-right anti-Muslim activists.

Over the weekend, violence erupted in Leicester between Hindu and Muslim communities, which began after a group of Hindu men marched through the streets of the city shouting “jai shri Ram”, a Hindu greeting that has become a clarion call for Hindutva mobs and perpetrators of anti-Muslim violence in India. The situation quickly escalated, with a Hindu flag burned and another torn down from outside a temple.