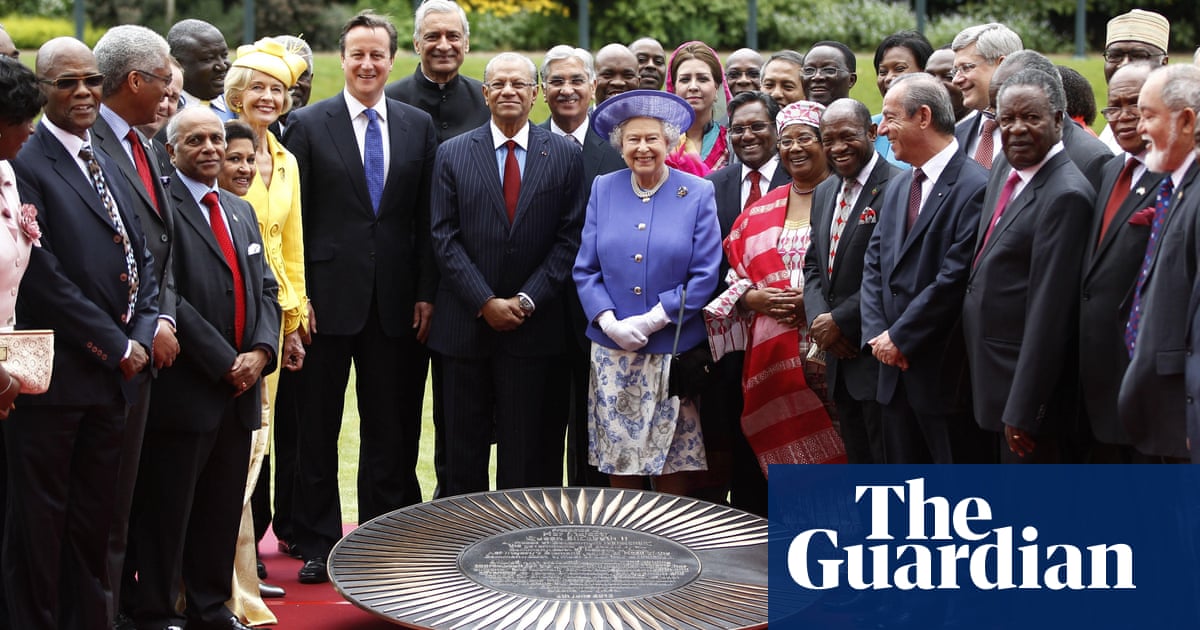 ‘Much more than a figurehead’: how the Queen was the beating heart of the Commonwealth

Born out of the empire, the Commonwealth, in the words of the Conservative former prime minister John Major and others, has somehow been held together by an invisible glue that was Queen Elizabeth.

The Commonwealth’s secretariat resides in the fading grandeur of Christopher Wren’s Marlborough house on Pall Mall, and has been led by a succession of secretary generals of varying quality, but its beating heart has always been the Queen. Indeed, as the years wore on and her experience grew, she gradually became more central to the elusive organisation than serving British prime ministers, making it the one area of public life where she was seen as at least on a par with elected politicians.

David McDowell, a New Zealander who was special assistant to the Commonwealth secretary general Arnold Smith in the early 70s, was equally struck by her knowledge.

He recalled: “We used to go and brief her twice a year – and she would go right through the list of people. You know, not with notes, I mean right off the top of her head. She would ask: ‘How is Dr Banda?’, ‘What’s the internal situation now in Zambia?’, or ‘What do we think about developments in India?’. And she had a compendious knowledge, particularly of the Commonwealth leaders. She knew them all and she was fascinated.” Prince Philip described her as the Commonwealth’s psychotherapist.

Apart from the summit held in Rwanda this year, a summit in Sri Lanka in 2013 and one in Singapore in 1971, when she was advised by the then prime minister, Edward Heath, not to attend owing to controversy over arms sales, she was present at every Commonwealth summit held since 1973.

Indeed, she fought against British prime ministers trying to use her possible non-attendance as a lever to extract concessions from Commonwealth members.

For instance, she announced she was attending the 1979 Lusaka summit after she discovered she was being used as means to lever Zimbabwean black militants (via the host, the Zambian president Kenneth Kaunda) to declare at least a temporary ceasefire in their liberation war against Ian Smith’s government.

The most problematic period for the Commonwealth was in the 80s, over the ending of apartheid, when the UK policy of arms sales to South Africa infuriated many members, notably Kaunda. In that sense, the 1991 Harare summit was a critical healing moment for the Commonwealth as it tried to exorcise the ghosts of Margaret Thatcher and of the whole anti-apartheid struggle in terms of the antagonisms with the British government.

It meant a far greater focus on governance, human rights and democracy. It was in the UK’s interests to see some coming together from what some have described as a binary Commonwealth that opened up in the 1980s between the UK and the rest. Whether the Commonwealth should have stuck with this core business of human rights and values, as opposed to wider development issues for which it had no budget or great locus, is a matter of debate. At least it gave a platform for small island states to warn on climate change.

Initially, the Queen attended only receptions before the summits, sometimes hosting guests on a royal yacht, but rarely attending the deliberations. But beyond the banquet she would run through a gruelling list of audiences with individual heads of state, the way she chose to keep herself informed of the politics of Africa.

It was not until 1997 in Edinburgh, at the urging of the royalist Nigerian secretary general Emeka Anyaoku, that she attended the summit itself, perhaps a useful intervention in the wake of the death of Diana, Princess of Wales, and the decline in the monarch’s popularity.

Her greatest pleasure was the sense that the monarchy played a role in binding together these nations, with their supposed shared beliefs and values. In the words of the historian of the Commonwealth Philip Murphy, “her greatest contribution to the myth of the Commonwealth has been to reinforce the impression that it remains a powerful and constructive force in the world, and that feeling part of that family is a natural and logical feature of British identity”.

Yet, the Queen’s role as head of the Commonwealth has always been nothing more than a title. It has no constitutional function and is not, a priori, inherited by her successor. That was because after 1949 when India became a republic, the definition of the Commonwealth as a group of countries under a common sovereign had to be abandoned. It was decided simply that the monarch became the head of the Commonwealth, and in 2013 via her then private secretary, Sir Christopher Geidt, the manoeuvres started, ending with ensuring Prince Charles would succeed her in that role.

Not everything went right, since sometimes she had to suffer from the humiliations of New Labour modernisation, particularly at the Edinburgh 1997 summit. Anji Hunter, Tony Blair’s political secretary, recalled at a seminar in 2018: “I remember the Queen looked very bemused during the national anthem at Edinburgh because it was a new version of it, which nobody recognised. Nobody stood up – that was what was embarrassing. The Foreign Office minister Liz Symons had to get everybody to stand up in the royal box. She got the foreign secretary to stand up.

“It was exciting, in a sense. There was a new ‘Let us make it youthful and vigorous’, not just about people getting in a room and just chat, chat, chat. We arranged a photocall with Nelson Mandela walking around the golf course, things like that that we knew the media would be interested in, as well as going to St Andrews on the Orient Express. We were hellbent on getting good coverage in those days.”

But gradually, as more rival and, frankly, more relevant summits fill the diplomatic calendar, the calibre of the leaders attending has declined and the length of the summits has shortened, making the institution more and more dependent on the monarchy, and so linking the institution increasingly to a lost and increasingly tarnished British empire.

The question ahead is whether King Charles, however hard he tries, will be able to provide the same glue as her, or whether instead gradually this unique, multilateral yet personal institution will be laid to rest along with the Queen herself. She would undoubtedly be appalled if that were to happen.