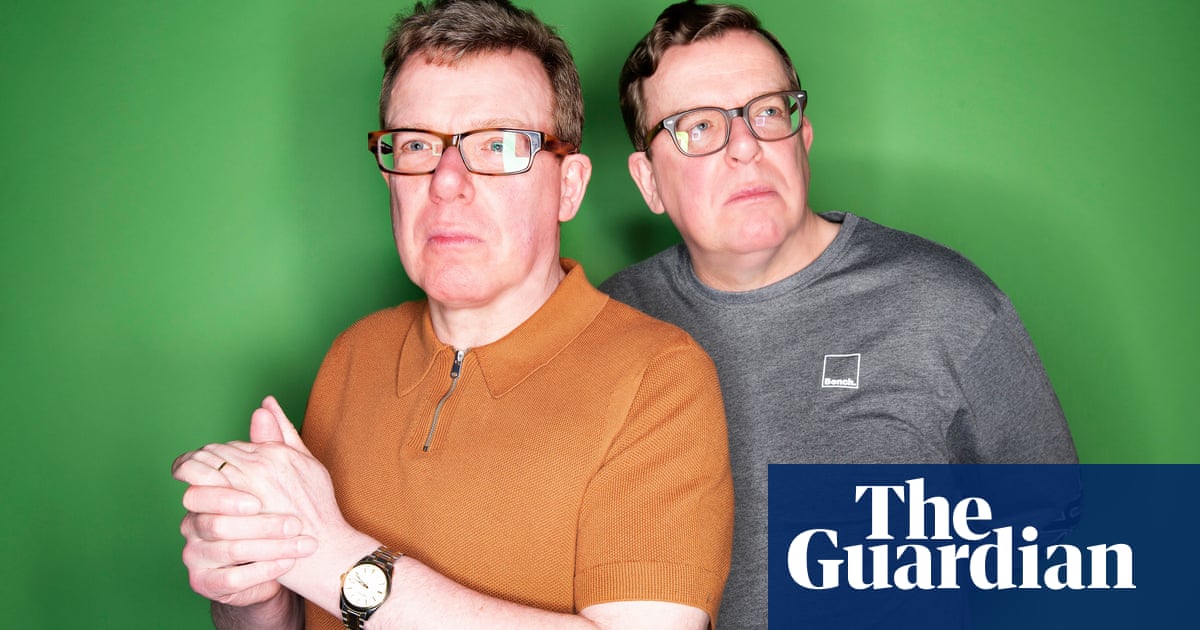 The Proclaimers: ‘If you’re going to propose at our gig, make sure you’re sober enough to get in’

Show caption Craig (left) and Charlie Reid, AKA the Proclaimers, this year. Photograph: Murdo MacLeod/The Guardian The reader interview The Proclaimers: ‘If you’re going to propose at our gig, make sure you’re sober enough to get in’ Pop twins Craig and Charlie Reid answer your questions about walking 500 miles, the joy of hearing Hibs fans singing Sunshine on Leith and being asked how they met As told to Dave Simpson Thu 1 Sep 2022 14.00 BST Share on Facebook

What is the furthest you’ve actually walked? JeanLewisLebris

Charlie Reid: The song [(I’m Gonna Be) 500 Miles] is a devotional thing about how far you’d walk for a woman’s love. I’ve walked eight or nine, but up a Scottish hillside, so a lot of vertical miles.

Who were your biggest influences? BobWoodturn

Craig: Our mum and dad listened to Ray Charles, Fats Domino and Jerry Lee Lewis, so that went in at a very early age. Then the Beatles, the Kinks and the Stones and, later, the Clash, the Pistols, the Jam and Dexys Midnight Runners.

Charlie: Kevin Rowland paid for demo time for us and I know he helped other people as well. He’s someone I admire a lot.

The Proclaimers on stage in 1989. Photograph: Ebet Roberts/Redferns

Is it true that Cap in Hand was banned from the airwaves by the BBC in the lead up to the 2014 Scottish independence referendum? Hotsot

Craig: I don’t know if it was banned, but it certainly wasn’t played. When you’ve got anything political on your record you think: “Well, that won’t be going on the playlist!”

Did you find it bizarre or flattering that the BBC got Sir Tom Devine to counter the ideas on your new album, Dentures Out? Cleggatemyhamster

Charlie: He’s a great historian, so it was flattering, but slightly odd. I’d rather him take a pop at us than many others. The theme of the album is people dreaming of an England that is gone or perhaps never existed.

Do you believe an independent Scotland is achievable in your lifetimes? BeachedShrek

Charlie: Yes, but it’s down to timing. I think there’ll be a general election before we get another independence vote, but I’ve just read that half of Tory voters want energy renationalised, which would never been been the case before. So we’ll see what happens.

The brothers in 1986. Photograph: Mike Prior/Redferns

You told me that I was the first person to ask for your autograph, outside the House of Fraser department store in Edinburgh the day after you appeared on The Tube. Do you remember? Rangers1

Craig: I remember doing The Tube in Newcastle, getting off the train in Edinburgh and walking down George Street with the guitar. People came up to us, but I don’t remember signing an autograph outside House of Fraser.

How did you feel about the film Sunshine on Leith and would you be open to doing an original film soundtrack? NoShamus

Charlie: I thought it was brilliant, with the women singing Letter From America and stuff. It’s not our film – it’s a film that uses our songs – but I’m proud to be associated with it. As for doing a soundtrack, the snail’s pace we finish stuff at means it might never happen.

Do you start with the tune, then add the harmony part(s), or “hear” them together from the start? I love the way the harmony seems to go above and below the tune and the two frequently overlap. Twinkle

Charlie: That analysis is correct, but shows up the lack of musicianship between Craig and me. Everything we were told to do from when we were kids, we did the wrong way round. The Proclaimers’ sound is a driving guitar and our voices. You’ve got to be able to hear the lyrics, because they matter more than anything else.

Did an interviewer really ask you where you met? TooMuchSpareTime

Craig: That’s happened a couple of times, but a DJ interviewed us face to face, then asked: “So, where did you guys meet?” The record company guy turned to the wall, biting his hand, crying with laughter.

Is The Joyful Kilmarnock Blues based on a true story? blindalley

Craig: Hibs [the Scottish fooball team Hibernian] had been relegated and I hitched down to Kilmarnock. The game was fucking shit. I got a lift back to Edinburgh from a Canadian guy who asked where he should go to get a woman. I told him to go to the old nightclub beside the Playhouse theatre – not because it was the best place to get a woman, but because it was only half a mile from my house.

Do you regret not being at the greatest game in your club’s modern history, the 2016 Scottish Cup final? How did you feel when the fans sang Sunshine on Leith? Fran2016

Craig: We’d booked all our gigs, including one in Salisbury on the same day as the final, thinking Hibernian would never make it.

Charlie: We watched the game on a shitty computer in the dressing room that was running a few minutes late, so we found out Hibs had scored before we saw it. It felt unreal. Of course I regret missing it, but if I’d been there I’d have had a heart attack. Two of my sons told me that, after they played the song and the fans started singing it, a couple of guys we knew, who are dead now, had come up with faces wet with crying. That’s the reality of what it meant to people; it had been 114 years since they won it.

I saw you at Wychwood festival in 2015 and someone proposed during Let’s Get Married. Do you get many proposals? Prestonian79

Craig: Heck, loads of them! There was one guy who took a baby off his lap, handed it to his prospective mother-in-law and got down on one knee.

Charlie: We get a request to announce: “So-and-so wants to ask a question …” One guy got so drunk he was refused entry, so the woman was left on her own wondering what he had to ask her. If you’re going to use the Proclaimers for a marriage proposal, make sure you’re sober enough to get into the gig.

Have you ever dropped Letter from America from the live set? maidenover

Craig: Never – and we couldn’t drop 500 Miles, I’m on My Way or Sunshine on Leith. We’re fortunate to have had a few well-known songs, but not many, so within an hour and a half there’s maybe eight we’ve got to play and we’ll rotate everything else around them.

Charlie: If we dropped 500 Miles, we’d be gambling with our lives. In the US, when we played Letter from America early in the set, a guy came up and said: “How come you didn’t do Letter from America?” We told him we had and he went: “Oh. I didn’t get in until halfway through.”

• Dentures Out is released on Cooking Vinyl on 16 September. The Proclaimers’ UK tour starts at the O2 City Hall Newcastle on 8 September