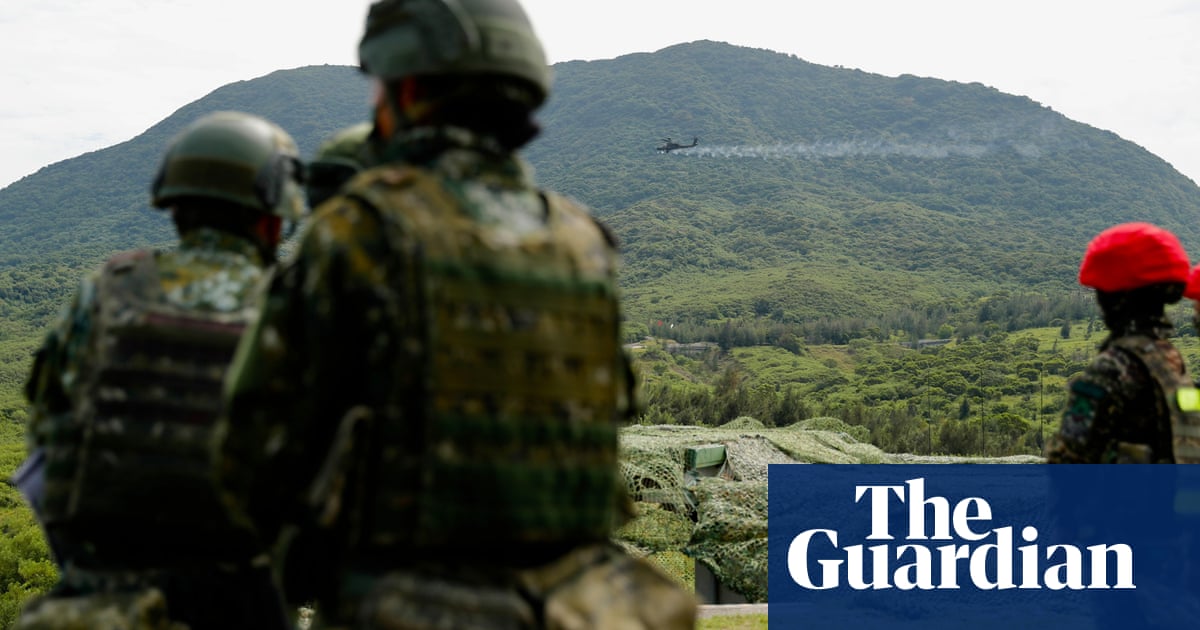 China’s military is increasingly using drones to put pressure on Taiwan, the island’s president has said, adding to its arsenal of intimidatory strategies including “cognitive warfare” and incursions by war planes and ships.

Taiwan’s president Tsai Ing-wen said the threat from China’s government, which claims Taiwan is a province it will one day retake, remains uninterrupted.

“In addition to frequent intrusions by China’s aircraft and ships, China also conducted cognitive warfare, using false information to create disturbance in minds of people, as well as the use of drones,” Tsai said.

The speech, delivered to soldiers during live-fire exercises on Tuesday, came a day after the first inclusion of a Chinese military drone’s flightpath in Taiwan’s defence ministry report on daily PLA incursions.

Last month the People Liberation Army (PLA) intensified its intimidation of Taiwan by encircling the island with live-fire military drills. It has since made near daily crossing over the median line – a previously rare act challenging the unofficial maritime border in the Taiwan Strait.

On Monday Taiwan’s ministry of defence said nine PLA aircraft had entered Taiwan’s air defence identification zone (IZ), including a BZK-007 reconnaissance drone. It was the first time the flightpath of a drone had been revealed by the ministry.

In recent months PLA drones to the east of Taiwan have been detected and publicly reported by Japan’s ministry of defence. They were not initially reported by the Taiwan government, prompting some speculation that they had either not been detected, or that the ministry was not releasing the information.

Last week Taiwan’s defence ministry said soldiers had shot down a Chinese civilian drone after several days of drones flying over military posts on Kinmen Island. The shooting came shortly after Tsai ordered the military to take “strong countermeasures” against what she termed Chinese provocations.

Anti-drone defences are included in the defence budget for next year. Taiwan is set to increase its defence budget by 12.9%, bringing it to about 2.4% of GDP, as it increases its readiness for a Chinese attack or invasion.

Last week the US Biden administration announced a $1.1bn arms sale to Taiwan, including a $655m logistics support package for Taiwan’s surveillance radar programme, which provides air defence warnings. Another $355m was for Harpoon air-to-sea missiles and $85m for Sidewinder air-to-air missiles, the state department said.

In response, China’s defence ministry accused Washington of “making trouble,” and demanded it withdraw the sale, which is likely to receive required approval from Congress.

Taiwan on Tuesday launched military exercises on the Hengchun Peninsula in the far south of the island, simulating ground warfare against an invading enemy aided by Apache attack helicopters.

“We will continue to hold the attitude of being prepared for war,” Lt. Col. Jing Feng-huang told reporters at the site of the drills. “We will not shy away from war but will not seek it out.”

The exercises began with snipers firing at targets, followed by two Apaches blasting away at hillside targets. Troops also fired rounds from M109 howitzers and 105mm armoured vehicle assault guns, as well as Javelin anti-tank weapons that have proven highly effective against Russian armor in the Ukraine conflict, which some have likened to a potential Chinese attack on Taiwan.

The exercises will also feature joint drills with Taiwan’s air force on Wednesday.