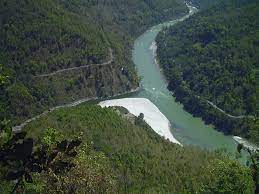 India and Bangladesh are likely to ink at least one major river agreement later this month, The planning for the agreement is being tightly guarded by officials on both sides as water sharing between the two countries is considered to be a sensitive subject given the fact that it often takes political meaning.

Apart from the major agreement(s) under discussion, sharing of data of river waters and better flood control planning are expected to feature in the upcoming meeting of the Joint River Commission (JRC) that will meet in the last week of August ahead of Prime Minister Sheikh Hasina’s September 6-7 India visit.

In response to a query, there is a “strong possibility” that an agreement on the Kushiyara that flows from Assam into Bangladesh is part of one such agreement that may get “done” during the JRC. A diplomatic source also hinted at a “major agreement” involving the Ganga may also be taken up as there is a “strong urge” to achieve a big river agreement ahead of Prime Minister Hasina’s visit, which may be her last trip to Delhi before Dhaka goes into election mode next year.

The Awami League government has been insistent on sealing the Teesta waters agreement, which has eluded settlement so far. Ms. Hasina visited India during October 2019 and Prime Minister Narendra Modi visited Dhaka in March 2021 and during all high-level interactions, Bangladesh conveyed its urgency over the Teesta issue.

In that context, Indian High Commissioner Vikram Doraiswami had earlier referred to  “domestic challenges” hinting at the role of the West Bengal government, while explaining the delay in the Teesta waters agreement. However, it is understood that India has agreed to offer Bangladesh a package on river waters-related deals that will be considered a significant advancement in terms of sharing of river resources with Dhaka.

While political ties between Delhi and Kolkata have been a reason that apparently stalled Teesta waters, West Bengal Chief Minister Mamata Banerjee was in Delhi last week and met with Prime Minister Narendra Modi on issues that are relevant to her state. Ms. Banerjee’s visit, which came in the backdrop of the tightly-guarded India-Bangladesh negotiation, has contributed to the speculation on river water sharing between India and Bangladesh.

Convening the JRC has been a long-pending demand of Bangladesh as the ministerial-level meeting was last held in 2010. While several rivers-related developments have unfolded between the two sides in the meantime that need to be given a coherent policy-related shape, the JRC is the suitable platform for such initiatives.

It is understood that the next JRC will focus on the “positive side” and take the negotiation beyond the Teesta and to “other big rivers” and intensify collaboration on the rivers like Manu, Muhuri, Khowai, Gomti, Dharla and Dudhkumar, where India and Bangladesh have greater scope of collaboration. Trans-boundary rivers constitute an important component behind the recent economic success of Bangladesh as it generates livelihood for millions in the country.