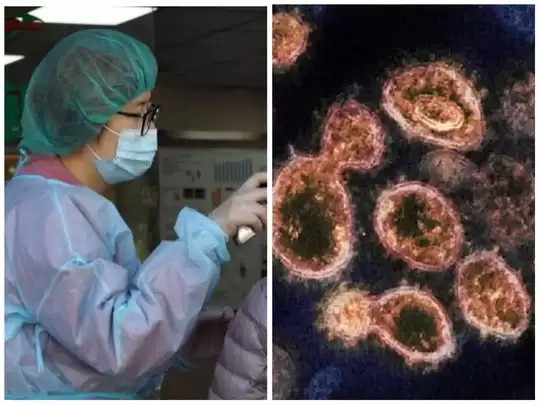 The Langya henipavirus belongs to the same family of viruses, including Nipah, which is known to kill up to three quarters of humans in severe cases.

Even as Covid-19 has not completely been wiped out and the new monkeypox outbreak has raised concerns, a new type of animal-derived virus has been reported in China. The Henipavirus – also known as ‘Langya’ henipavirus (LayV) – has so far infected 35 people in eastern China’s Henan and Shandong provinces, the country’s official media reported.

The Langya virus was found in the throat samples from febrile patients in the aforementioned provinces.

The virus hails from a family of viruses known to kill up to three quarters of human beings in case of severe infection. However, none of the fresh cases have so far resulted in fatality and most are mild, with patients suffering from flu-like symptoms.

At present, no vaccine or treatment for Langya virus is available, and the only solution is supportive care to manage complications pertaining to the zoonotic disease.

What is known about the virus?

A study published earlier revealed that the Langya virus was first spotted in human beings in 2019, with majority of the recent cases reported this year. Chinese experts are still trying to figure out if the virus can spread from one person to another.

In the research led by the Beijing Institute of Microbiology and Epidemiology, researchers stated that no infections of Langya virus were found during the first year of pandemic between January and July 2020, with they pausing work to combat the Covid-19 spread.

However, 11 more Langya virus cases were found from July 2020 onwards.

After tracking the symptoms of the virus in the patients, researchers found that the most common one was fever. It was followed by cough (50 per cent), fatigue (54 per cent), loss of appetite (50 per cent), muscle aches (46 per cent), and the tendency to vomit (38 per cent).

Furthermore, Chinese researchers found the virus in 71 of 262 shrews – a small mole-like mammal – in the Henan and Shandong provinces. The virus was also detected in dogs (5 per cent) and goats (2 per cent).

Understanding the severity of Langya virus

Langya belongs to the same family as the deadly Nipah virus that is typically found in bats. Nipah also spreads through respiratory droplets like Covid-19, but is far more dangerous as it kills up to three-quarters of humans. The World Health Organization (WHO) has listed Nipah most likely to cause the next pandemic.