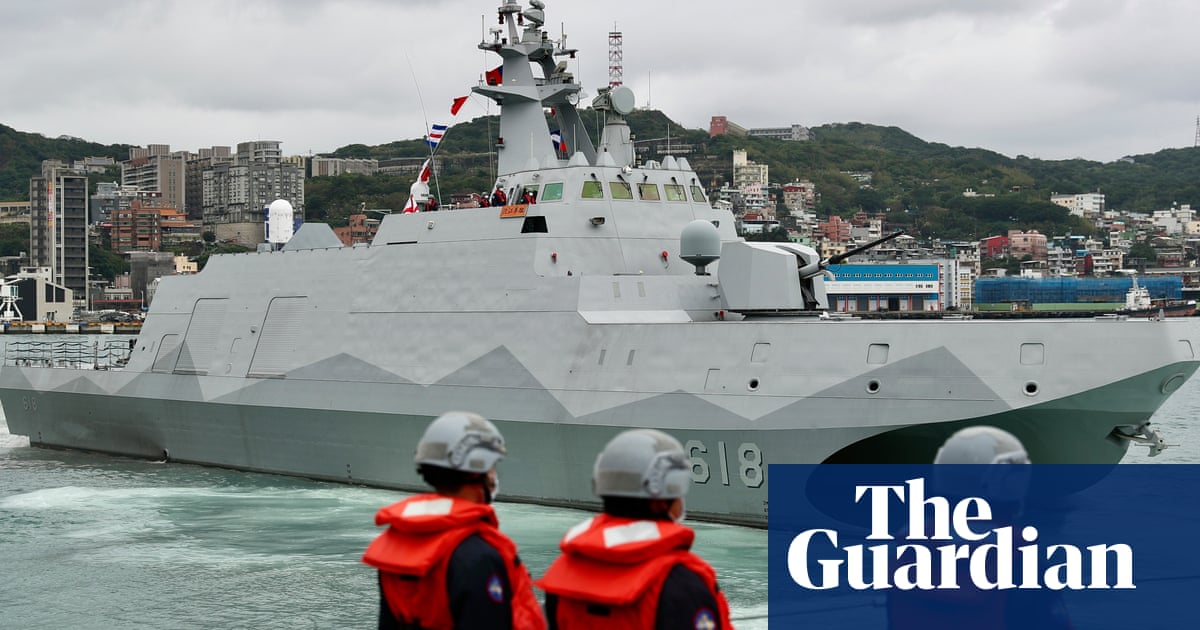 China-Taiwan tensions: how worried should we be about military conflict?

In the wake of US House speaker Nancy Pelosi’s visit to Taiwan, China has revealed plans for unprecedented military exercises near the island, prompting fears of a crisis in the Taiwan Strait.

Pelosi visited the self-governing island this week in defiance of a series threats from Beijing, which views Taiwan as a breakaway province, and warned it would consider the visit a major provocation.

As tensions in the Taiwan Strait simmer, what’s at stake for China and how worried should we be?

How has China responded to Pelosi’s visit to Taiwan?

China’s military announced joint air and sea drills near Taiwan and test launches of conventional missiles in the sea east of Taiwan. According to Chinese state media, three of the six live-fire drills will overlap with sea Taiwan claims is its territory. Ahead of the exercises, which are due to begin on Thursday, Taiwan said 27 Chinese warplanes had entered its air defence zone.

Taiwan has never been part of the People’s Republic of China and says it is already a sovereign nation with no need to declare independence. It wishes to maintain the safety of the status quo and does not want a conflict, but has said it will defend itself.

“This is a big deal given a blockade is a legal act of war,” said Indo-Pacific defence policy expert Blake Herzinger. “I think it needs to be signalled to Taiwan that this is not the time to inflame things further.”

This week, Taiwan has also been hit by a series of cyber-attacks though it is not yet clear who was responsible. China, Taiwan’s largest trading partner, also suspended a number imports from the island.

How worrying are China’s military drills?

Live-fire exercises are a test of a military’s ability to perform missions under conditions most resembling actual warfare. In this case, they are designed to show the level of force China could unleash against Taiwan if Beijing decided to seize control of the island.

Experts agree that neither the US nor China have the appetite for the tension to escalate to war. According to Justin Bassi, executive director for the Australian Strategic Policy Institute, China’s military exercises will probably be calibrated to avoid escalation from the US.

Herzinger said the US has been very careful to not express support for Taiwan’s independence given that is China’s “red line”.

“In the US engagement with Taiwan, they’re always careful to ensure they find the right balance between supporting Taiwan, but without emboldening Taiwan to do something that would cause a larger conflict,” he said.

Amanda Hsiao, a senior analyst for China at the Crisis Group, said while China’s military escalation is concerning, it is not an unexpected response.

“Beijing is clearly trying to express it’s resolute objections to Pelosi’s visit,” she said “And that means that the military response that it chooses right now has to visibly escalate above military activities that it has previously engaged in around Taiwan, and that baseline is pretty high.

“I think the intention of the military drills is more likely to posture and demonstrate military strength,” she said.

China’s Global Times newspaper said on Wednesday the drills were aimed at showing that China’s military is “capable of blockading the entire island”.

Has the situation been this tense before?

There have been several crises in the Taiwan Strait, most recently in 1995. That incident was known as the Third Strait of Taiwan Crisis and followed the island’s announcement that it would hold its first democratic presidential elections. China flexed its military muscle with months of military drills, including firing missiles 35 miles from Taiwan’s ports.

While there is a history of military displays in the Taiwan strait, Hsiao said it appears missile tests planned by China in response to Pelosi’s visit will be closer to the island this time.

What is at stake for Chinese leader Xi Jinping?

Since Xi came to power in 2012 he has made it clear that reunification with Taiwan is high on his agenda. Yet some experts say Xi’s response to Pelosi’s visit is likely to be as much about domestic issues in China as it is about asserting power. Mainland China is plagued by an unfolding property crisis that has provoked protests, and economic slowdown resulting from its strict zero-Covid policy and continued lockdowns.

“When it comes to Pelosi’s visit it may perhaps be an opportunity for Xi Jinping to sort of turn the lens away from domestic issues and focus outward as a method of distraction,” said Jennifer Hsu, a research fellow at Australia’s Lowy Institute.

According to Jade Guan, an expert in China’s foreign policy at Deakin University, Xi’s actions to look strong on Taiwan and against the US are also likely influenced by the upcoming 20th National Congress, a meeting that occurs every five years to announce major leadership changes.

“[Xi] projects himself as the protector of China’s sovereignty and territorial integrity, of which Taiwan is a central part,” Guan said.