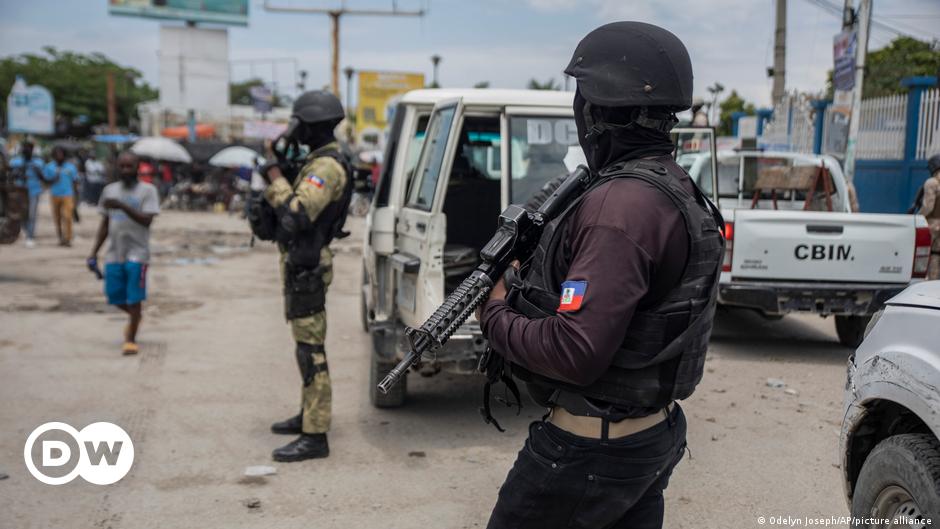 Two hundred and thirty-four people have been killed or injured during a single week as a result of gang violence in Haiti’s capital, Port-au-Prince, the United Nations Office for the Coordination of Humanitarian Affairs (OCHA) said Saturday.

OCHA in Haiti said the death toll of 99 and injury toll of 135 was recorded between July 7 and 14.

It said at least 2,500 people have been forced to flee their homes because of the fighting, while 20 others have been reported missing.

OCHA described how the deaths centered around Cite Soleil, one of the poorest neighborhoods in the Haitian capital, where several gangs operate with impunity.

The violence erupted between rival factions, and the city’s ill-equipped and understaffed police failed to intervene.

Residents have been trapped in their homes, unable to go out for even food and water.

With many houses in the slums made of sheet metal, which offers little protection, residents fell victim to stray bullets. Ambulances were unable to reach those in need, AFP news agency reported.

“Most of the victims were not directly involved in gangs and were directly targeted by gang elements. We have also received new reports of sexual violence,” UN human rights office spokesperson Jeremy Laurence said.

OCHA said the insecurity was preventing aid agencies from entering the neighborhood, adding that the United Nations is ready to provide assistance as soon as it is safe.

“We call on those responsible and supporting this armed violence to immediately desist, and to respect the lives and livelihoods of all Haitians, most of whom live in extreme poverty,” Laurence said.

In a sign of the upsurge in violence, for the six months from January to June OCHA put the death toll from turf wars at 934, with 684 more people wounded. A total of 680 kidnappings also occurred during that period, it said.

The bloodshed has spiked alongside soaring food prices and chronic fuel shortages — a toxic mix that has accelerated a brutal downward spiral in the security situation in the capital.

OCHA estimates that approximately 1.5 million people, or nearly 50% of the capital’s population, are directly affected by violence, with restricted freedom of movement and a lack of access to basic services.

“We are seeing a significant increase in hunger in the capital and in the south of the country, with Port-au-Prince hit the hardest,” Jean-Martin Bauer, director of the World Food Programme, said this week.

Half a million children in the capital are also reportedly out of school because of insecurity, according to the UN Children’s Fund.

Mumuza Muhindo, head of the local mission of Doctors Without Borders, told AFP that his group had operated on an average of 15 patients a day during the spike in violence.

“It’s a real battlefield,” Muhindo said. “It’s impossible to estimate how many people have been killed.”

In another sign of the deteriorating situation, the UN Security Council on Friday agreed to ask member states to ban the transfer of small arms and ammunition to the Caribbean island but stopped short of a full embargo requested by China.

The resolution also provides for the Security Council to impose individual sanctions against gang leaders within 90 days of its adoption.

Crushing poverty and widespread violence are causing many Haitians to flee to the Dominican Republic, with which Haiti shares a border, or to the United States.

Haiti has also seen a wave of mass kidnappings in recent years, as gangs snatch people of all walks of life, including foreigners, off the streets.