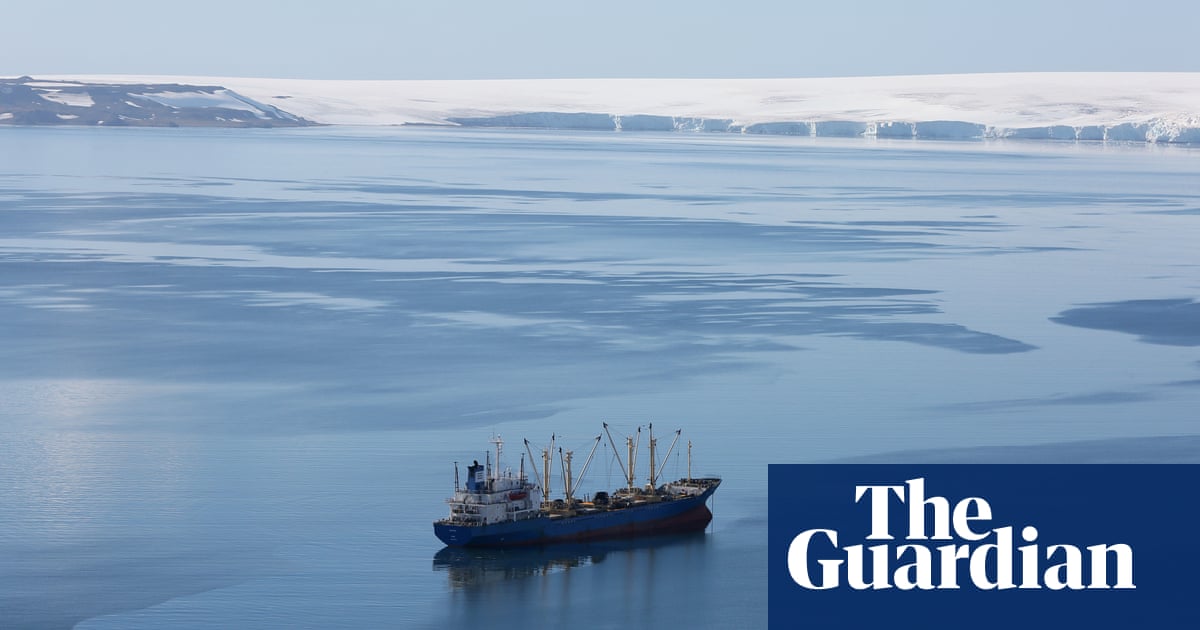 A diplomatic row has broken out between the UK and the US over efforts to conserve a deepwater species of fish near Antarctica, as Russia obstructs attempts to set catch limits.

Last year, amid tensions with the west over Ukraine, Russia rejected catch limits for Patagonia toothfish – also known as Chilean seabass – set by a 26-member fishing regulatory body, the Commission for the Conservation of Antarctic Marine Living Resources (CCAMLR).

This spring, the UK responded by issuing licences to four British flagged vessels to fish for the species off the coast of South Georgia, a remote uninhabited island controlled by the UK, almost 1,000 miles (1,600km) east of the Falkland Islands.

US officials say the UK’s actions breach the commission’s rules, rendering the catch illegal. The feud has also sparked fears it could threaten wider international cooperation over the fishery and risks reviving Britain’s tensions with Argentina, which invaded South Georgia in 1982 as part of its war with the UK over the Falklands.

It is the first time in the 40 years since CCAMLR was set up to protect Antarctic marine life that deepsea fishing of Patagonia toothfish, one of the world’s highest-priced wild-caught fish, is going ahead without any catch limits from the commission.

Will McCallum, head of oceans at Greenpeace, fears the UK’s actions set a risky precedent in one of the world’s best-managed fisheries.

The fishery has been held up as a positive example of international cooperation between powers such as Russia, China and the US to protect the Southern Ocean against increasing commercial interest in Antarctic krill – a key component of the marine ecosystem – and other marine resources.

McCallum said: “Russia’s willingness to abuse the process cannot excuse unilateral action by other members. We’re worried that the precedent the UK has set, by acting in its national interest, could be used by other countries like China, that is building krill vessels.”

US officials have privately told their UK counterparts that their actions are likely to bar imports of any toothfish caught near South Georgia, according to correspondence between US fisheries managers and members of Congress, seen by the Associated Press.

Krill are transferred from a fishing vessel to a reefer. The crustaceans are a key part of the marine ecosystem. Photograph: Andrew McConnell/Greenpeace

The row risks a breakdown in carefully negotiated limits for the fishery. “It sets a dangerous precedent,” Evan Bloom, who led the US delegation to the CCAMLR until 2020, told AP.

“What the Russians did clearly violates the spirit of science-based fisheries management,” said Bloom, now an expert on polar issues at the Wilson Center in Washington. “But that doesn’t necessarily mean that the UK can act unilaterally.”

Three of the four vessels authorised by the UK to fish near South Georgia belong to Argos Froyanes, a British-Norwegian company that pioneered techniques credited with dramatically reducing seabird mortality in the south Atlantic.

Barry Markman, the CEO of one of Argos Froyanes’ customers, New-York based Mark Foods, the largest US supplier of seabass certified as sustainable by the Marine Stewardship Council, said his company would not import any product deemed illegal by US authorities.

Bags of krill aboard a fishing vessel. The fishery has been hailed as an example of international cooperation to protect against increasing commercial interest in krill. Photograph: Andrew McConnell/Greenpeace

Chilean seabass from South Georgia is sold at Whole Foods and Orlando-based Darden Restaurants. Neither company responded to a request for comment from AP.

An official from the government of South Georgia and the South Sandwich Islands, which issued the licences in coordination with the UK Foreign Office, said it took action so as not to give in to obstructionist tactics by Russia that it does not expect to see an end to soon.

Before CCAMLR was set up, the population of the Patagonia toothfish, a bottom-dwelling species that lives up to 50 years, almost collapsed because of poaching, but it has recovered.

The financial hit for the seafood industry from any import ban could be significant, as US imports of the MSC-certified fish are worth about $50m (£40m).

Under US law, fishing in a way that disregards conservation measures adopted by international fishery organisations to which the US is a party – including catch limits – is considered illegal. Vessels engaging in such activity can be denied access to US ports and blacklisted within the Antarctic commission framework.

A Foreign Office spokesperson said: “Russia egregiously blocked the agreed catch limits citing spurious scientific concerns not recognised by any other member of the CCAMLR. The UK will continue to operate the toothfish fishery within the framework agreed by all CCAMLR members.”