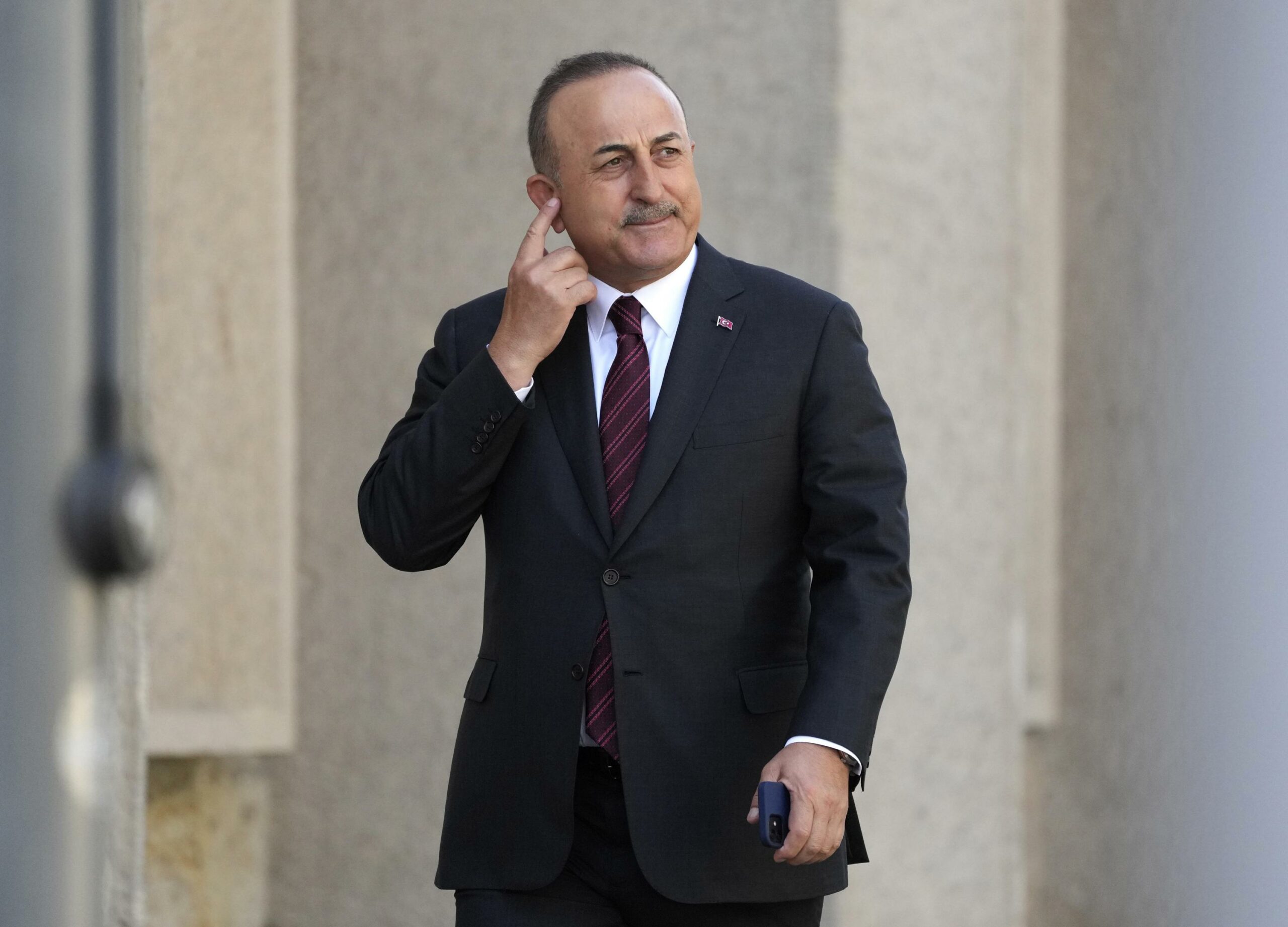 US: Turkey’s NATO issues with Sweden, Finland will be fixed

Secretary of State Antony Blinken, right, arrives for a news availability with Finland’s Foreign Minister Pekka Haavisto, after their meeting at the State Department, Friday, May 27, 2022, in Washington. (AP Photo/Alex Brandon)

Secretary of State Antony Blinken, right, arrives for a news availability with Finland’s Foreign Minister Pekka Haavisto, after their meeting at the State Department, Friday, May 27, 2022, in Washington. (AP Photo/Alex Brandon)

WASHINGTON (AP) — U.S. Secretary of State Antony Blinken said Friday he’s confident Turkey’s objections to Finland and Sweden joining NATO can be overcome swiftly, possibly in time for a summit of alliance leaders at the end of next month.

At a news conference in Washington with visiting Finnish Foreign Minister Pekka Haavisto, Blinken said the U.S. has no reason to believe Turkey’s concerns cannot be addressed. His comments came after Turkey’s top diplomat said Finland and Sweden would have to take “concrete steps” before Ankara could support their membership.

Haavisto said his country and Sweden had held “good negotiations” with the Turks over their concerns in recent days and said those discussions would continue with an eye toward resolving them before the NATO summit in Madrid at the end of June.

“We agreed to continue to those talks,” Haavisto said. “We think that these problems can be solved that Turkey has been raising. We hope that some results could be achieved before the NATO summit.”

Sweden and Finland submitted their written applications to join NATO last week. The move represents one of the biggest geopolitical ramifications of Russia’s war in Ukraine and could rewrite Europe’s security map.

The countries’ membership bids require support from all 30 current NATO countries, but Turkey, which commands the second-largest military in the alliance, is objecting to them. It has cited alleged support for Kurdish militants whom Turkey considers terrorists and restrictions on weapons sales to Turkey.

Earlier Friday, Turkish Foreign Minister Mevlut Cavusoglu said the Finnish and Swedish negotiating delegations had been given documents detailing Turkey’s concerns, like information on terror groups, during their visit to Turkey this week. He said Ankara is awaiting specific answers.

Cavusoglu said “an approach of ‘we’ll convince Turkey in time anyway, we are friends and allies’ would not be correct.” He insisted that “these countries need to take concrete steps.”

Turkey this week listed five “concrete assurances” it was demanding from Sweden, including what it said was “termination of political support for terrorism,” an “elimination of the source of terrorism financing,” and the “cessation of arms support” to the banned PKK and a Syrian Kurdish militia group affiliated with it.

The demands also called for the lifting of arms sanctions against Turkey and global cooperation against terrorism.

Cavusoglu’s comments came at a news conference with the visiting foreign ministers of NATO allies Poland and Romania, both of whom expressed strong support for Finland and Sweden’s bids.

“There is no doubt that we do need the accession of Sweden and Finland to the NATO alliance in order to make it stronger,” Polish Foreign Minister Zbigniew Rau said.

Follow the AP’s coverage of the war at https://apnews.com/hub/russia-ukraine