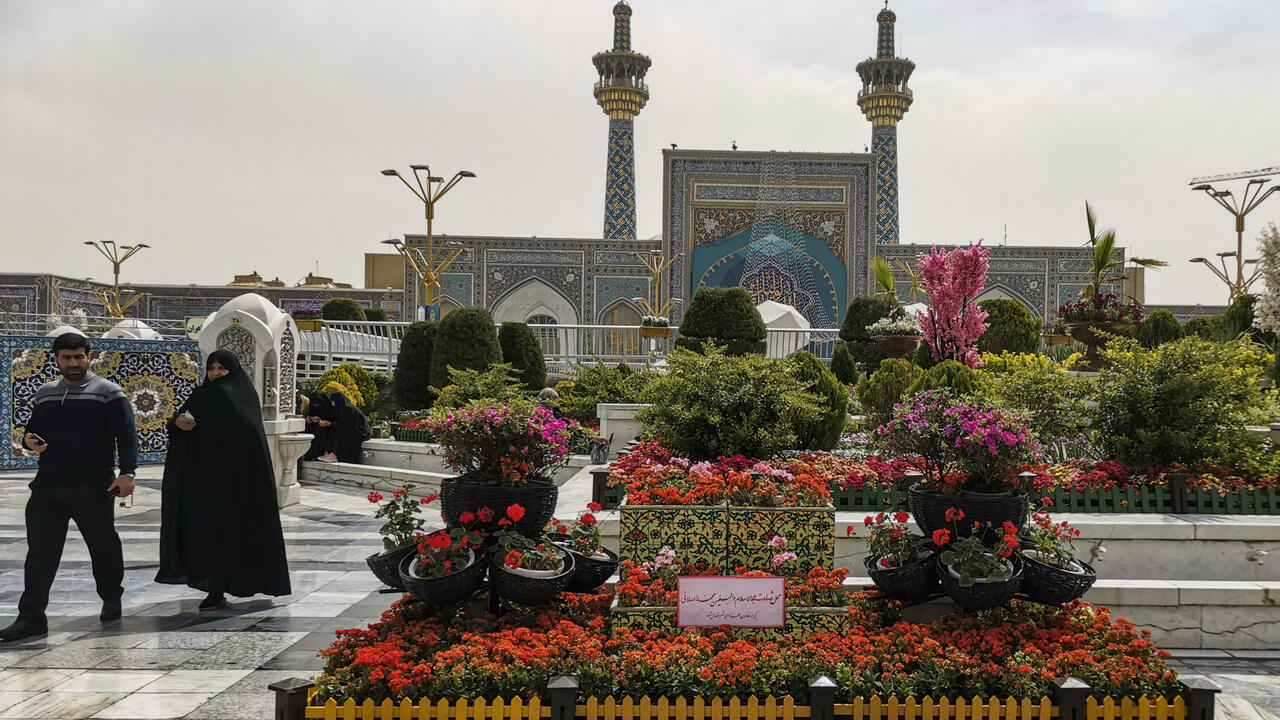 Iranians visit the spot in the courtyard of Imam Reza shrine in Mashhad city on April 6, 2022, where a day earlier an attacker stabbed three clerics, two of them fatally

Tehran (AFP) – Iran on Monday hanged a Sunni extremist who was sentenced to death for killing two Shiite clerics and wounding another in early April, the judiciary said.

A 21-year-old national of Uzbek origin carried out the April 5 stabbing attack at the Imam Reza shrine which honours one of the most revered figures in Shiite Islam.

The killings happened during the Muslim holy month of Ramadan when large crowds of worshippers had gathered at the shrine, in Iran’s second-largest city Mashhad.

“The death sentence against Abdolatif Moradi was carried out by hanging this morning, in the presence of a group of citizens and officials in Vakilabad prison in Mashhad,” said provincial judiciary chief Gholamali Sadeghi, quoted by the judiciary’s website Mizan Online.

The assailant “was accused of moharebeh (‘war against God’, in Persian) using a weapon to terrorise the population in the shrine and even outside it,” Sadeghi added.

The assailant stabbed one of the victims 20 times, Tasnim news agency reported earlier.

On June 7, the judiciary announced Moradi’s death sentence, adding that his lawyer had appealed to the Supreme Court.

According to local media, Moradi entered Iran illegally a year earlier from Pakistan and settled in Mashhad, the country’s main holy city.

Iranian leaders blamed “takfiri elements” for the attack. The term takfiri in Iran and in several other countries refers to radical Sunni Islamist groups.

One of the clerics, Mohammad Aslani, died immediately while the death of the second, Sadegh Darai, was announced two days later.

The attack came days after two Sunni clerics were shot dead outside a seminary in the northern Iranian town of Gonbad-e Kavus.

The three suspects in that case, also Sunnis, were arrested in late April but were said to have “no connection with terrorist groups”, state media reported at the time.

Sunnis make up between five and 10 percent of Shiite-majority Iran’s population of 83 million people.