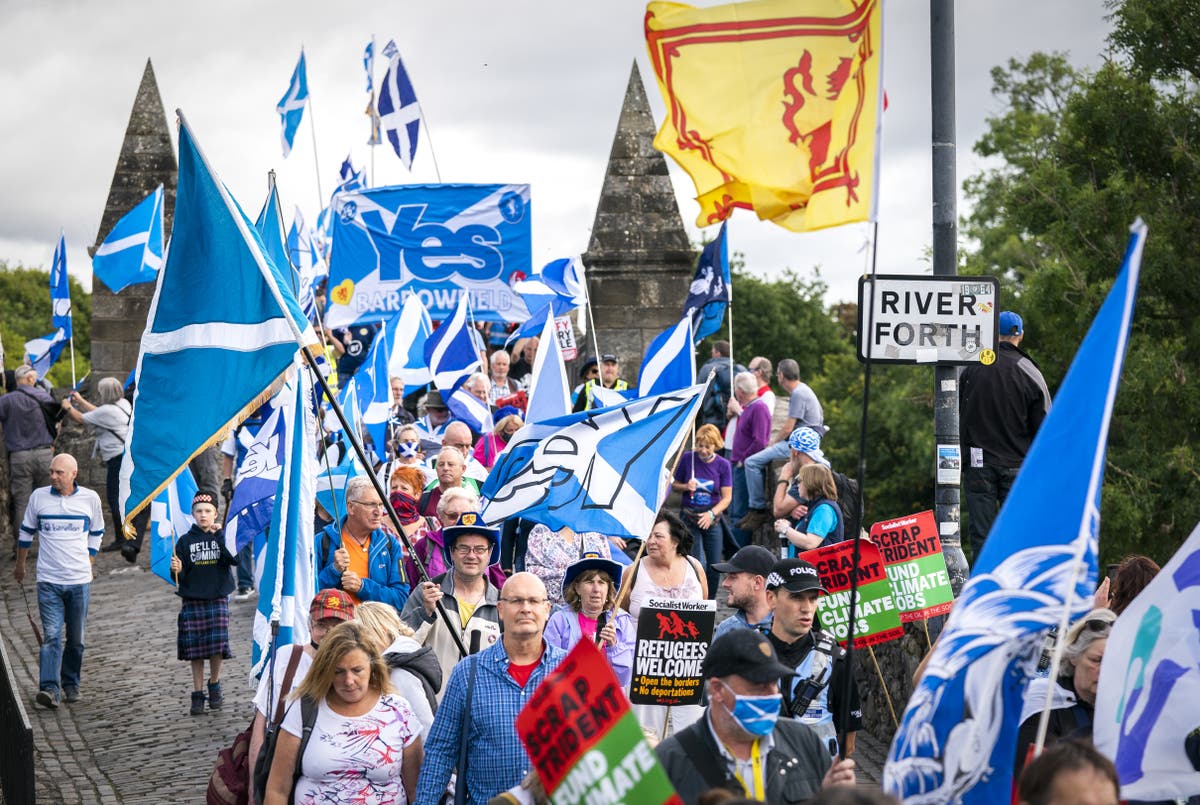 Scotland’s First Minister kicked off a campaign for a second independence referendum.

Publishing the first in a series of papers that will form a prospectus for an independent Scotland, the First Minister said there was an “indisputable” mandate for another vote after a majority of independence-supporting MSPs were returned in last year’s Holyrood elections.

Here are some of the key issues:

– What has changed since then?

The key issue raised by supporters of independence is Brexit. During the 2014 campaign, those in the No campaign said Scotland would no longer be a member of the EU if it was independent.

But the 2016 referendum on membership of the bloc meant that happened regardless, angering independence supporters and increasing calls for another vote.

There has also been the Covid-19 pandemic, which strained relations between the Scottish and UK governments on how best to handle it, with Scottish ministers saying they would be able to go further than the UK with the full powers of independence.

Westminster, however, highlighted the might of the British exchequer in being able to fund initiatives such as the furlough scheme.

– What does independence mean?

Leaving the UK would grant Scotland powers it does not already have under the devolution settlement.

Currently, issues such as health and education are controlled by the Scottish Parliament in Edinburgh, while things like foreign policy and defence are reserved to Westminster.

If Scotland voted to be independent, it would control all areas of policy, but not everything will change immediately.

The position of the SNP – the largest independence supporting party – is that the Queen should remain head of state and the pound should remain the official currency, at least until a separate Scottish currency is launched.

However, the currency position could change when that paper is published in the coming months.

The Queen would remain head of state in an independent Scotland, under SNP plans (Chris Jackson/PA) (PA Wire)

That is hard to say, but the Scottish Government prospectus being published in the coming months should provide more granular detail.

In the foreword to the first document, Nicola Sturgeon said her aspiration was for a “wealthier, fairer and more successful country”.

– What needs to happen for a referendum to be held?

There are two paths to a legally recognised vote.

The first would require the granting of a Section 30 order by the UK Government. This would provide Holyrood with the powers it would need under the Scotland Act to pass legislation in order to hold a referendum.

The second would require the legislation to be passed at Holyrood first, when it could be subject to legal challenge by the UK Government with a final decision on its legality taken by the Supreme Court.

The First Minister said on Tuesday that work was ongoing to identify a route to a vote without a Section 30, so a third course of action may be available, but this is not yet known.

In a shared policy platform published as a result of the power-sharing agreement with the Scottish Greens, the Scottish Government said it would work to hold another referendum by the half way point of this parliamentary term – meaning the end of next year.

But with an intransigent UK Government that looks set to reject any request for a Section 30 order and the prospect of a protracted legal battle over any legislation passed by the Scottish Parliament on the issue, it’s not clear if this, or any, timescale will be met.

– What do the polls say?

The most recent poll, by Ipsos Mori for STV, suggests support for and opposition to independence is deadlocked at 50% among decided voters.

When undecided voters are added back into the calculation, support for remaining in the UK has a slight lead at 46% compared to 45% in favour of independence and 8% who are yet to make a decision.

The most recent poll suggests support could be 5% higher than the 2014 referendum, however, it has come down from a record high of 58% recorded in the same poll in October 2020 – at the height of the pandemic.

– What does the UK Government say?

Westminster, under two different prime ministers in recent years, has repeatedly rejected calls for another vote.

Both Theresa May and Boris Johnson have said “now is not the time” for a referendum, a sentiment echoed by a spokeswoman for the UK Government on Tuesday.