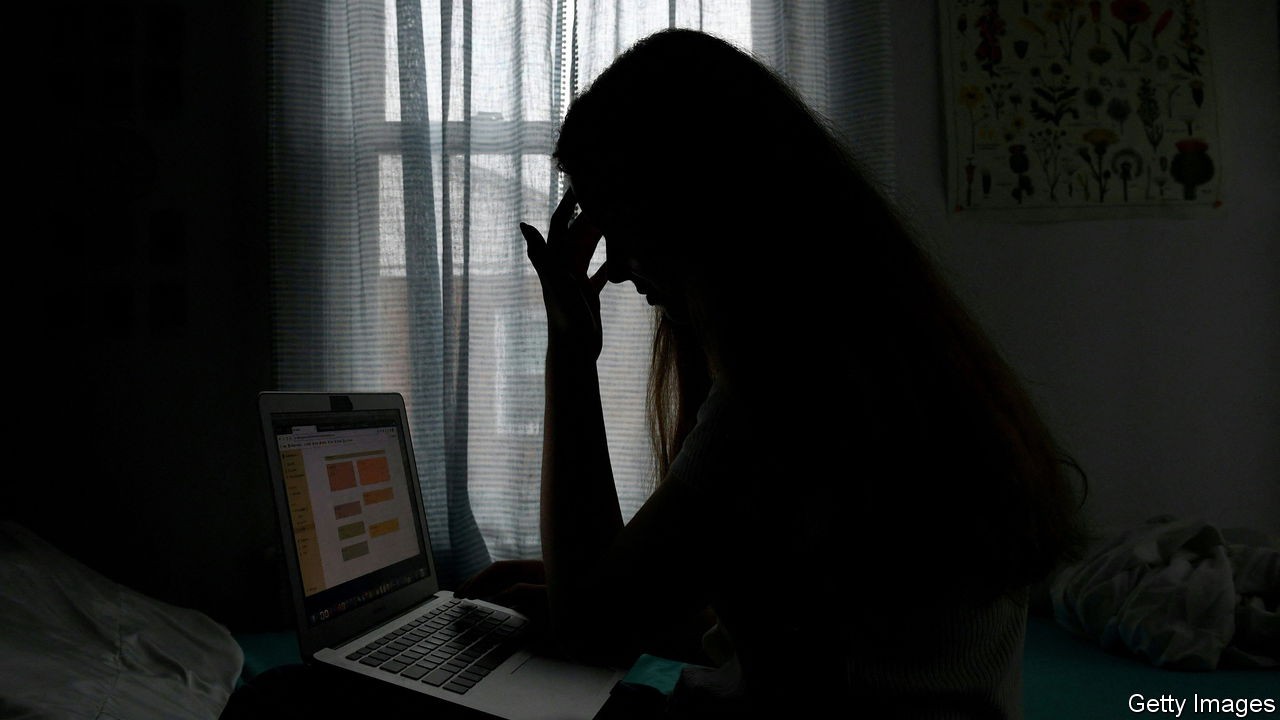 Can tech tackle the global crisis of depression and anxiety?

D URING the early weeks of the pandemic in 2020, as China imposed strict controls on the movement of its citizens, technology became the main means of tackling anxiety and depression. Smartphones provided crucial support to locked-down Chinese citizens, from counselling through chat services to online self-help. WeChat, Weibo and TikTok, the country’s giant social networks, swung into action, offering mental-health education and services.

More intriguingly, artificial-intelligence ( AI ) was also put to use. Weibo messages were scanned to find individuals at risk of suicide, and volunteers were alerted to intervene. Using AI to scour social media for signs of mental illness raises obvious privacy questions. But overall, China made impressive use of technology to manage the diagnosis and treatment of depression, anxiety and stress.

Interest in mental-health tech had been growing even before the pandemic. Today, between 10,000 and 20,000 such apps are available for download. Their quality is questionable, and the dangers of bias in algorithms are well known. The risks to privacy, and not just in China, are serious. Still, America’s National Institutes of Health reckons tech has opened a “new frontier” in mental-health support. Robots seem certain to play an important role in assessing and treating mental-health conditions.

There is a huge global unmet need for care, as the World Health Organisation’s ( WHO ) World Mental Health Report, published on June 17th, makes clear. The review, the largest of its kind in 20 years, paints a sorry picture. In 2019 1bn people were living with a mental-health disorder, the most common of which were anxiety and depression. The pandemic, economic downturn and social polarisation have made matters worse. In the first year of covid, the prevalence of anxiety and depression increased by 25% worldwide. In Britain annual spending on antidepressants rose by 66% during the pandemic.

Yet, according to the WHO , on average governments allocate just 2% of their health budgets to mental-health treatment and prevention. Even if they could find more money, they would run up against a desperate global scarcity of health-care staff. Mental-health nurses, psychiatric social workers, psychologists and counsellors are all in short supply. Half the world’s population lives in a country where there is less than one psychiatrist for every 200,000 people. Regular doctors and nurses are often not trained to recognise patients with mental-health conditions.

This, says the WHO , is why digital technologies are rapidly becoming a standard part of the mental-health care toolbox. Online consultations do not require travel, so reduce the burdens of time and cost. They are also usually easier to fit around people’s work or home lives. Indeed, support can potentially be offered at any time of day—including those dark hours between 2am and 3am when the rate of suicide peaks. The potential for anonymity is another bonus, given the stigma often attached to seeking help.

Although mobile networks cover 85% of the population, half the world does not have internet access; in low-income countries, only one-fifth do. But that too presents an opportunity: governments seeking to help citizens’ mental health have a cheap option in the form of lending or financing mobile phones.

Yet there is still much work ahead. Privacy and security policies need to be far stricter and require better oversight: a data breach could reveal the intimate thoughts of deeply vulnerable people. Some apps share information with advertisers. Governments and regulators need to work much harder at identifying good online offerings, and culling bad ones.

And thorny ethical questions abound. AI might diagnose people online without their permission; few will want to be told that an algorithm has concluded that they have depression. If an algorithm decides someone might kill themselves, what should be done? Such technology could be misused in the 20 countries in which suicide is still criminalised, as online tools can often pick up intent. (While your correspondent was researching this article, Google replied to her search queries on suicide with the telephone number of the Samaritans.) Powerful tools bring mighty responsibilities. But the benefits to humanity of using tech to tackle mental-health problems could be enormous.■