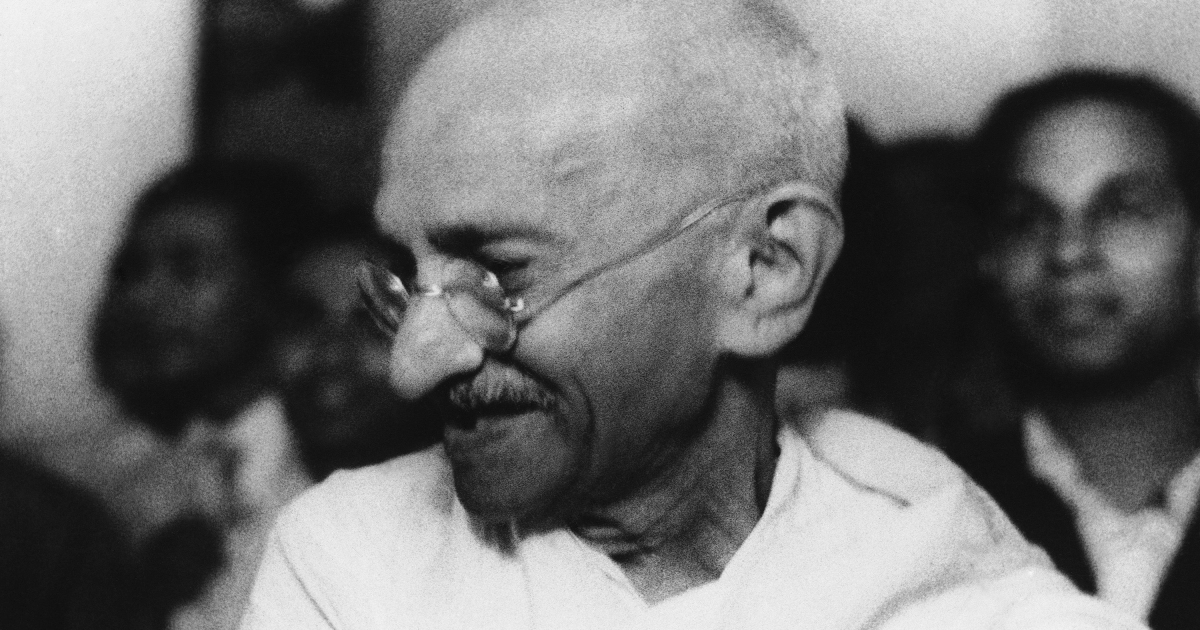 Mahatma Gandhi, India’s independence leader and an advocate of Hindu-Muslim unity, was assassinated on this day in 1948 by a Hindu militant leader Ramachandra Vinayak Godse (popularly known as Nathuram Godse).

A new book reveals that Godse was a member of the Rastriya Swayamsevak Sangh (RSS) all along, dispelling the myth he had left the Hindu supremacist organisation that wants India to be defined as a Hindu nation.

The RSS is the ideological mentor of India’s ruling Bharatiya Janata Party (BJP), and many of the ministers in the government as well Prime Minister Narendra Modi were former members.

The book Gandhi’s Assassin: The making of Nathuram Godse and His Idea of India is a credible account of Gandhi’s assassination and how it was linked to Hindu far-right groups such as RSS, Hindu Mahasabha, and their leaders including Vinayak Damodar Savarkar.

Savarkar propounded the Hindutva ideology, which calls for the supremacy of Hindus in India – officially a secular republic. Savarkar was like a mentor to Godse, who hated Gandhi’s pluralist vision of India.

Al Jazeera: Your book reveals the link between the RSS and the killing of Gandhi? How did the RSS sanitise its past?

The conspiracy angle in Gandhi’s murder was not investigated properly. Much later in the 1960s, a commission was formed to go into the conspiracy angle of Gandhi’s assassination. But by that time many people associated with the case had passed away, and many things had been removed. And the commission did not do much on fact-checking.

I say using the term nationalist for people like Savarkar is misnomer. He can be called Hindu communalist and Hindu supremacist but not nationalist. Dhirendra K Jha

Despite the myth that Godse left RSS and joined Mahasabha, papers seized from the RSS headquarters in Nagpur clearly refute those claims. No attempt was made to find out which of the claims that Godse made were correct or which were not. Had that attempt been made, today things would be crystal clear to us. So, it was this lack of investigation into the conspiracy angle of Gandhi’s murder that allowed in the first place the RSS to perpetuate the myth. Initially, the myth was perpetuated by pro-RSS writers but later even objective researchers, non-RSS writers started taking those theories at their face value. And that’s how RSS successfully sanitised its past.

Al Jazeera: Can you talk about Godse’s links with Savarkar and the RSS?

During the trial, Godse was trying to create the impression that he alone was responsible for the entire planning and execution – in the killing of Gandhi. So, one by one he was absolving everyone accused in the case – all the accused and organisations he remained associated with starting with the RSS and Hindu Mahasabha [the first Hindutva party].

After he came in contact with Savarkar in late 1929, he became part of Hindutva circles which was in reaction to Gandhian nationalism and philosophy. It was part of that reactionary group that was thinking of establishing Hindu Rashtra [Hindu nation] after India achieves independence [from the British colonial rule]. This man gradually starts chasing that goal – the restoration of Brahminic hegemony in the form of Hindu Rashtra as promised by Savarkarites.

Mainly upper-caste youths from Marathi speaking areas in Bombay presidency and Virar were getting attracted to that kind of philosophy. So Savarkar gave him the initial push and it got crystalised after he joins RSS in 1934. He gradually starts imagining to spearhead both the Hindutva organisations – the RSS and the Hindu Mahasabha. He also founded the militant Hindu Rashtra Dal [Hindu national party], which was organically linked to the RSS.

Al Jazeera: Godse killed Gandhi – the biggest icon of Indian independence and ambassador of Hindu-Muslim unity. What does his popularity among a section of Hindu youth say about India of today?

Well, as I said, that section which was idolizing Godse existed in the past too but they did it quietly. Though their ranks have swelled. The Hindutva organisations, which were on the fringe, have now come into the mainstream. They have become much more vocal due to the backing of the government. So, you have Godse temple coming out at certain places. This cult of Godse is emerging in India and that has happened since 2014.

When I was working on my 2017 book Shadow Armies, which studied Hindu fringe organisations, even then, the youth who were part of those organisations represented a radicalised section of Hindu society. But then also, I was amazed to see that media, state, and the system used to treat them as isolated cases as if they acted in an individual capacity. Media must now start looking at it as a process of a group. When it comes to Hindu youth they would believe that it’s an isolated case not a kind of trend, which is closely associated with Hindutva organisations.

As celebrated writer Khushwant Singh had said, Hindutva is nothing but Godseism.

Al Jazeera: How big a threat do the Hindutva organisations pose to Indian democracy?

I believe this section alone won’t be able to threaten Indian democracy and secularism.

If you do a referendum now, an overwhelming majority of Indians will be with Gandhi. Because the Hindutva groups have the backing of the government, they appear to occupy much more space than Gandhians.

Even today, BJP is not being able to get the majority of votes in the country. Of course, it’s the single largest party, it gets a maximum number of votes as compared to other parties. But more than 60 percent of people are voting against the BJP.

The kind of changes that are happening today is because of the power going into the hands of Modi. It’s true that Muslims to a great extent have been reduced to second-class citizens for all practical purposes.

But I won’t be surprised that a backlash happens in years to come. India has experienced democracy. Not just Muslims but even Hindus, the majority of them are not ready to give up the democracy that they have lived in.

Al Jazeera: Do you think Savarkar’s Hindu supremacist vision is getting primacy over Gandhi’s pluralism under Modi?

I find Savarkar’s labelling as a Hindu nationalist problematic. I say using the term nationalist for people like Savarkar is misnomer. He was not a nationalist. In India, nationalism has a context and that is the struggle for independence against the British [colonial rule]. Savarkar did not take part in any national movement for independence. After coming out of jail in 1924 Savarkar transformed his anti-British approach into clear-cut anti-Muslim action.

He can be called Hindu communalist and Hindu supremacist but not nationalist.

I laugh when I see Modi every October 2 [Gandhi’s birth anniversary] and January 30 bowing before Gandhi’s statue. Despite representing Savarkar he has to bow before Gandhi. He has to show his respect for Gandhi. Gandhi is the soul of India. If you kill the soul, India will die.

It was the inclusiveness of Gandhi’s vision that was something Hindutva forces hate the most. Gandhi’s India was different, in that every individual was to be treated as a citizen and there won’t be discrimination based on caste and creed. And this was something they hated and that’s why they targeted Gandhi.

Published in Nation and News