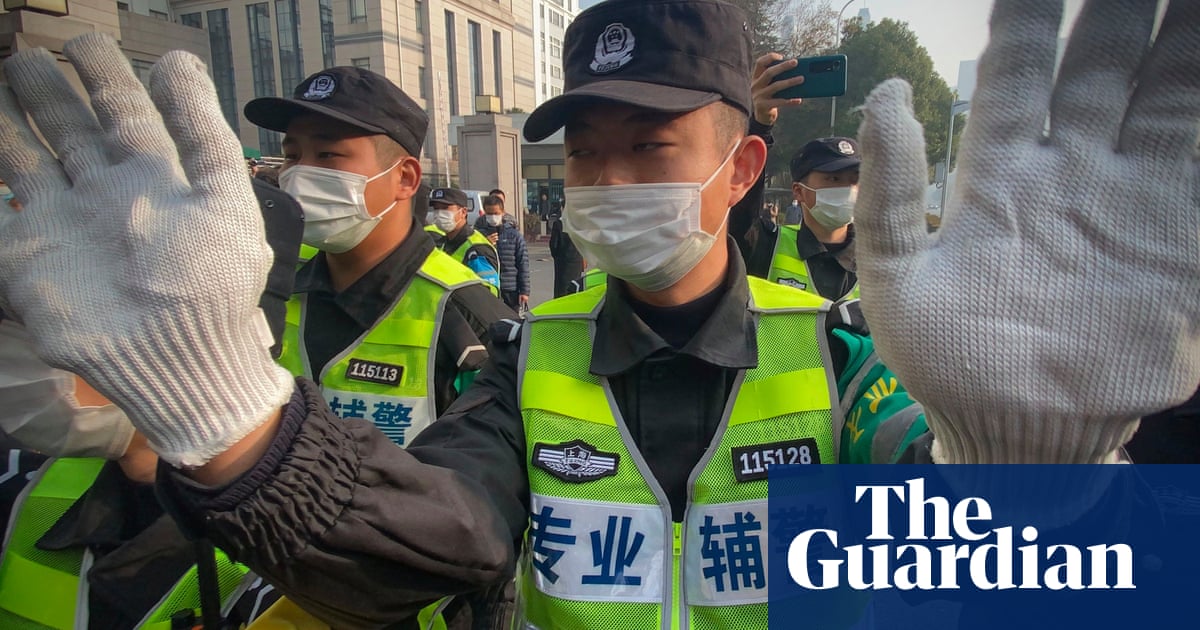 Detained, missing, close to death: the toll of reporting on Covid in China

Chen Kun was living in Indonesia with his wife and daughter when he learned from his brother Mei’s boss that he had been “taken away for investigation” by Chinese police.

He immediately suspected it was to do with his brother’s website, a citizen news project called Terminus 2049. Since 2018 Mei, his colleague Cai Wei, and Cai’s partner – surnamed Tang – had been archiving articles about issues including #MeToo and migrant rights, and reposting them whenever they were deleted from China’s strictly monitored and censored online platforms. It was April 2020, and for the last few months Terminus 2049 had been targeting stories about the Covid-19 outbreak and response.

In an interview with the Guardian from his home in France, Chen recalled warning his shy but passionate younger brother about setting up such a website, but thinking the worst case scenario was that Mei would be “invited to drink tea”, a euphemism for interrogation by security agencies, not arrested.

Instead Mei and Cai spent almost 16 months in detention. Tang was released in May, when the other two were convicted at a trial which Chen said lasted just 100 minutes. Mei and Cai were sentenced to 15 months jail and released in August on time served. Mei is potentially still under surveillance.

The group is on a growing list of journalists and others who have been arrested and detained by Chinese authorities, often without trial, in a crackdown that appeared to escalate during the pandemic.

In December a report by Reporters Without Borders (RSF) detailed a worsening “nightmare” for journalists under the rule of Xi Jinping, with 128 known to be behind bars or disappeared. More than 70 are Uyghur journalists, and at least 10 people were arrested for reporting on the Covid outbreak and lockdown in Wuhan.

Chen said it was a sign of how sensitive Chinese authorities were and remain about the pandemic and its origins.

“I’m sure the reason why my brother was arrested was because of Covid,” Chen said. “Before his arrest … they didn’t encounter any problems.”

‘A war on independent journalism’

Mei was formally arrested for “picking quarrels and provoking trouble”, a vague and ubiquitous charge frequently levelled at dissidents, activists and journalists, and sent to residential surveillance in a designated location (RSDL) – China’s increasingly utilised form of secretive and solitary detention where the accused can be held for up to six months and interrogated without charge, or access to lawyers or family.

The rights group Safeguard Defenders estimates between 45,000 and 55,000 people have been sent to RSDL, including about 15,000 in 2020. Among them have been Mei, the Australian CGTN anchor Cheng Lei, the journalist Sophia Huang Xueqin and the activist Wang Jianbing.

Mei and his Terminus 2049 colleagues were freed in August, and he is living at home in China. Chen is still advocating for those still detained, particularly Huang, and says that neither his brother nor their parents are aware of his campaigning.

As well as reporting on the #MeToo movement and the Hong Kong protests – the latter for which she was detained for three months in 2019 – Huang had also interviewed Chen and written about Mei.

“She was always trying to record the stories and experiences of a lot of people like my brother, about defenders,” Chen said.

The independent investigative journalist has not been seen since she and Wang were arrested in September on the eve of her planned departure to study in Europe. In October her parents were told she had been formally arrested for “subverting state power”.

Also subject to human rights campaigns is Zhang Zhan, a former lawyer turned citizen reporter, who last Christmas was sentenced to four years in jail over 122 videos she posted online and interviews she gave to foreign press during 14 weeks in Wuhan. Deep into a lengthy hunger strike, which no friends or family can convince her to stop, Zhang is close to death, her family says.

While human rights observers, legal groups, and media organisations maintain she should never have been convicted in the first place, an international campaign is urgently calling for her release on any grounds possible, to save her life.

Feng Bin, who like Zhang broadcast reports on YouTube from Wuhan, has not been seen since his arrest in February 2020, and Li Zehu, who broadcast the police chase which led to his arrest around the same time, was detained for two months. Chen Qiushi, a former human rights lawyer turned citizen journalist, reported from Wuhan’s hospitals interviewing families, disappeared at the same time and didn’t reappear until September.

In February 2020 Cheng Lei, an anchor for Chinese state broadcaster CGTN, posted on Facebook that she and her friend Haze Fan, a Bloomberg news assistant, had been unsuccessfully lobbying to report from Wuhan. In August Cheng was detained and later charged with “illegally supplying state secrets overseas”. Fan was detained in December. Both remain in detention more than a year later.

Cedric Alviari, RSF’s east Asia bureau director, said the 128 detained journalists and press freedom defenders is the biggest count in five years. It includes 71 Uyghur journalists, and at least 10 who face impending death if not immediately released, according to RSF.

Alviari said the crackdown is driven by Xi, who has “declared a war on independent journalism” after tightening controls on traditional media.

“Everything he and the CCP have been doing over the past eight years … has been to suppress independent voices.,” he said.

“The Chinese people, like every person on earth, crave information on what’s happening around them.”