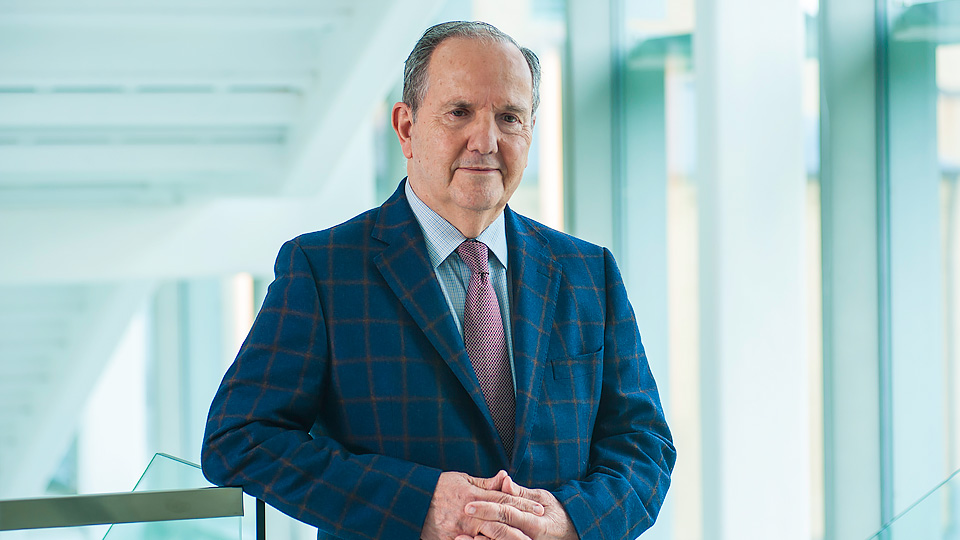 Interview: ‘UNSC should step in to protect Indian minorities’

Dozens of Hindu religious leaders and politicians gathered last month for a meeting in Haridwar, a prominent pilgrimage site for Hindus in the northern Uttarakhand state, where multiple speakers called on the community to arm themselves for a genocide against the Muslim minority.

“Even if just 100 of us become soldiers and kill two million of them, we will be victorious,” Sadhvi Annapurna Maa of the far-right Hindu Mahasabha (Grand Assembly of Hindus) told a cheering crowd at the event.

The videos of the meeting went viral on social media, sparking outrage and prompting calls for the arrest of those who openly called for the killings. In the month since, two speakers have been arrested while others roam free as the police say they are investigating the matter.

Meanwhile, experts have raised an alarm. During a congressional briefing in the United States, Professor Gregory Stanton, the founder of Genocide Watch, warned in unambiguous words that a “genocide could very well happen in India”.

In August last year, Stanton, who has modelled 10 Stages of Genocide, put India on the 8th stage, i.e. persecution of a community. The remaining two stages are extermination and denial.

Juan E Mendez is the first United Nations Special Adviser on Prevention of Genocide (2004-2007), appointed by then UN Secretary-General Kofi Annan. He also served as the president and commissioner of the Inter-American Commission on Human Rights and as the UN Special Rapporteur on torture. Currently, he is a professor of human rights law at the American University in Washington, DC.

Mendez has termed the situation in India, home to 200 million Muslims, “dangerous” and “deeply disturbing”. Al Jazeera spoke to him about the explicit calls for genocide against the minority and what the international community, including the UN, can do to prevent it.

Al Jazeera: How do you see calls for violence by Hindu extremist leaders in the Haridwar meeting?

Juan E Mendez: I see them with a lot of concern, especially in the context where there have been decades of hostility towards the minority communities. The calls for active violence are much more dangerous and part of the equation, and particularly in this context, it could lead to some people taking those calls seriously, acting on them, and provoking others, too.

In this case, I would look for the worse, which is noting that these speeches were made by non-state actors, i.e. people who claim to represent their ethnic group, who act as if it is protected speech and under freedom of expression, like if it was just an opinion.

After all, making calls for killing millions in any legal context is a crime, the crime of threats at the very least. And so, if there is no appropriate response to it by the government, then I think the international community needs to demand action to limit the possible effects of speech of that sort.

Al Jazeera: The US-based Genocide Watch and its founder Gregory Stanton have issued a genocide alert for India. Is India moving into a zone where the word “impending genocide” could be used?

Mendez: I think Genocide Watch is a very prestigious organisation and its opinion should be carefully considered. Stanton’s 10 Stages of Genocide is a highly respected way of anticipating and preventing genocidal crimes. The usefulness of this model is that it calls for attention to not only the fact that there are populations at risk – in this case, the Muslim minorities in India – but also to the actions that need to be taken for retardation of that situation.

The organisation does its work by not senselessly just applying a model but analysing the facts on the ground. But let me say, as a former adviser on the prevention of genocide, that I agree this sort of genocide calls and expressions are of international concern.

Al Jazeera: India ratified the Convention on the Prevention and Punishment of the Crime of Genocide in 1959 that criminalises genocide and enforces its prohibition. With many Hindu extremists who called for genocidal violence still roaming free and India’s Prime Minister Narendra Modi maintaining a conspicuous silence, is India in breach of its obligations to the Genocide Convention?

Mendez: The Genocide Convention of 1948 is about the prevention of genocide and it imposes on all states and nations the obligation that they have the power to do all that is required to prevent genocide from happening. The convention is not all explicit for specific preventive actions that are to be taken but it is understood that the government is at the first line when it comes to preventing a genocide, especially those who have ratified the convention.

So, it is the responsibility, in fact, the duty of Indian Prime Minister Narendra Modi’s government to monitor the situation and respond appropriately to such calls for violence against any of the minorities especially against the population at risk and to deploy forms of protection for them. One of them obviously is to investigate, persecute and punish those who have committed crimes under Indian law. Not doing that constitutes violations of the Genocide Convention.

Al Jazeera: Article III of the Genocide Convention makes direct and public incitement to genocide punishable. It includes constitutionally responsible rulers, public officials, or private individuals. Does the permanent International Criminal Court (ICC) have any jurisdiction over India when it comes to persecuting those who give calls for an anti-Muslim genocide?

Mendez: No, unfortunately, it doesn’t because India hasn’t signed and ratified the Rome Statute. So, what happens in the territory of India and crimes conducted by Indians abroad can only come under the jurisdiction of the ICC if they commit those acts in a state that has the ICC jurisdiction or if the UN Security Council (UNSC) decides to refer the case to ICC. For example in the case of Sudan and Libya.

Al Jazeera: Do you think that the world, especially the US, the UK, and the European countries have paid less attention to the Hindu nationalist threat to minorities in India?

Mendez: Whatever they (Hindu nationalists) have done so far should not lead anybody to any kind of complacency because, in fact, I do think the situation is dangerous. Also, some of the public policies of the Modi government are discriminatory against minorities. These breaches are in a continuum between discrimination to hate speech to violence and eventually to genocide.

Al Jazeera: Don’t you believe that after repeated failures of the UN in preventing genocides, it needs to push for more stringent international guidelines, laws and proactive intervention?

Mendez: Yes, I think the UN should have done more since 2004 when the office on Prevention of Genocide was created. So I take it as a matter of self-criticism as well as the criticism of the institution. The UN as an institution is only capable of doing what member nations and particularly the more powerful member nations will allow it to do. Within that very strong limitation obviously, I think we should take into account the positive steps that the United Nations has taken and criticise the limited nature of them and then build on them to do more. I hope that it will begin, but I have to say I am a little sceptical or rather more pessimistic because the power relationships in the international community today are even less sympathetic to the prevention of genocide than they were in 2004 under the leadership of Kofi Annan.

Al Jazeera: Do you believe the UN should consider forming laws regulating social media companies that have had reportedly and evidently been used to prepare for the genocide as we saw in Myanmar as well as in Ethiopia, and the trends which we are seeing in India?

Mendez: I think social media companies should be subjected to the same rights of freedom of expression that are part of international human rights law, but also the obligation to act responsibly to prevent acts of violence. Now whether the UN is the best place to start regulating social media companies, I think it (the UN) should take the leadership at least. In fact, any legislation that is needed has to be rendered into a treaty and then the United States has to ratify it. It is important to generate the impetus words for that kind of treaty that preserves the freedom of expression in all its forms but would also establish limits on freedom of expression when it comes to incitement. The Genocide Convention obligates states to criminalise and prosecute the instances of incitement to commit genocide. So, we have some international elements of the legal framework but we probably need more than that.

Al Jazeera: What do you think is the responsibility of the international community in general and the UN in particular to avert yet another genocide?

Mendez: I do think there is a role that the international community has to spark sooner rather than later. The facts on the ground are serious enough that some expression of concern comes from the international forums like UN General Assembly, the UN Security Council (UNSC), and UN Human Rights Council. That should happen soon. If response from the Modi government isn’t appropriate then the UNSC should step in to protect Indian minorities and a resolution under Chapter 7 is the way to go for it. It has a binding power and could include different things, one being the referral of the case to the ICC. I do think it is important for member states at the UN Security Council to start considering whether or not it should be advised to take actions in order to protect the minorities at risk in India.