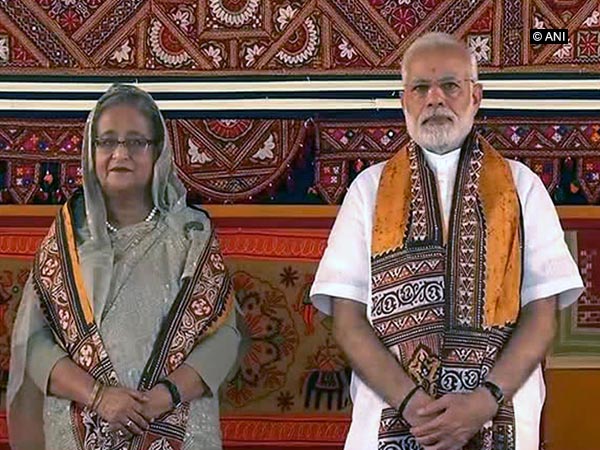 Akmal Hussain: According to the Article 25 of the constitution of Bangladesh which explains the foreign policy of the country, Friendship to all and malice to none is followed, but is the really same?

In practice, Bangladesh has never been a neutral country. In 2016, a summit of the South Asian Association for Regional Cooperation, initiated by Bangladesh, was postponed at the insistence of India due to their warlike situation with Pakistan. Bangladesh followed India. Was it an independent decision by Bangladesh? No.

On the Palestine issue, Bangladesh’s policy is to not recognise Israel. Should we claim that we are neutral and maintain friendship ‘to all?’

‘Friendship to all, malice towards none’ is, in fact, a misnomer. It is unrealistic. We may say we are a peace-loving country. We do not want conflict and war with any country. The Bangladesh military is not for militarily adventurism.

Compared to other countries, Bangladesh’s relation with India is multidimensional and multifaceted from historic, political and economic perspectives. In South Asia, India is a regional military power with nuclear and extensive naval capabilities. We have over 4000-kilometre long borders from the east, west and northern sides, artificially drawn by Cyril Radcliffe, a British, based on religious identity of the population, Muslim and Hindu, without keeping in considerations of the ground realities. Then, we have maritime borders in the south.

We have a nagging problem with India involving 54 common rivers as we cannot control river flows. In spite of an agreement on the sharing of water of the Ganges, signed in 1996, Bangladesh does not always get its due share of water because of diversion of water on the upstream. An agreement on the River Teesta is yet to be signed, although India has repeatedly publicly expressed its commitment.

There are problems on our side too. The way ministers here speak demonstrates that they take the water issues lightly. They try to project that Teesta is a less important issue.

On the border, Bangladeshi citizens are frequently killed by the Indian Border Security Force despite repeated assurance from the Indian prime ministers that they would stop using lethal weapons. The deaths of people in borderlands is a surprise, it contradicts the government’s claim that it maintains a ‘sweet relationship’ with India. In the past, India extended shelter to insurgents from Chattogram Hill Tracts. The current government in Bangladesh has taken significant steps for addressing security issues in the north-eastern part of India as Bangladesh’s soil was also used by the United Liberation Front of Asom. Still, the borders of the two countries are at unease as Bangladesh’s gesture was not equally reciprocated. The victims of border killing could be arrested if they were found involved in any unlawful activities along the border. These killings are a clear violation of human rights.

On the economic front, India often claims about liberalising conditions on export from Bangladesh. Yet, it has still been maintaining tariff and non-tariff restrictions on Bangladeshi products. The two countries are, in fact, not in an equal relationship.

Bangladesh wants to develop road and rail connectivity, through Myanmar, to South East and East Asia. However, Myanmar is not interested in it. Moreover, the Rohingya crisis has made it difficult for Bangladesh to implement her ‘look east’ policy.

For India, implementation of the ‘act east’ policy is possible for their good relations with Myanmar. But, Bangladesh is an important part of India’s plan to connect to their north-eastern part of the country and to South East Asia. Bangladesh has already given India multimodal transit rights through land and sea routes.

Published in Bangla and Others